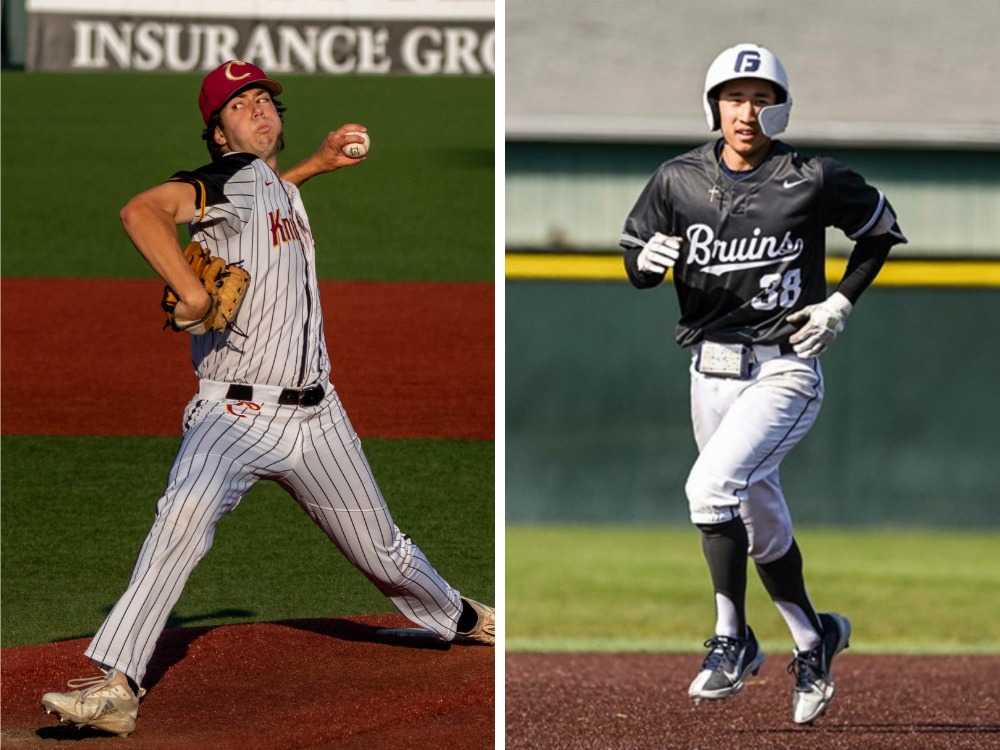 He was especially effective in the playoffs, winning both his starts and posting a 0.90 ERA, with 12 strikeouts and only five hits allowed in 10 innings. Ross was also named WCL Pitcher of the Week twice.

Ross was a four-year letterman at Southwest El Centro High School and was rated as the No. 24 lefty prospect by Perfect Game after his senior year, when was 6-1 with 96 strikeouts and a 1.39 ERA. He was first-team all-Imperial Valley League, IVL Pitcher of the Year, the SECHS Pitcher of the Year and the team MVP.

He also earned team Pitcher of the Year honors as a junior and sophomore.

Ross enjoys hanging out with his friends and playing video games. He is majoring in communications and aspires to be a hotel manager.

Sangalang is hitting .333 in 39 games for the Bruins this spring, with eight doubles, a triple, a homer and 23 RBIs. He also has 23 stolen bases in 28 attempts, and was named the Northwest Conference Player of the Week for Feb. 28-March 6.

He hit .345 in 27 games as a freshman, with two homers and 20 RBIs. He was 5-for-5 in stolen bases, and earned Northwest Conference honorable-mention all-league honors at DH.

He hopes to become a physical therapist.

Friday, April 8, Corvallis, Ore. – Six alums of the Corvallis Knights were on their…