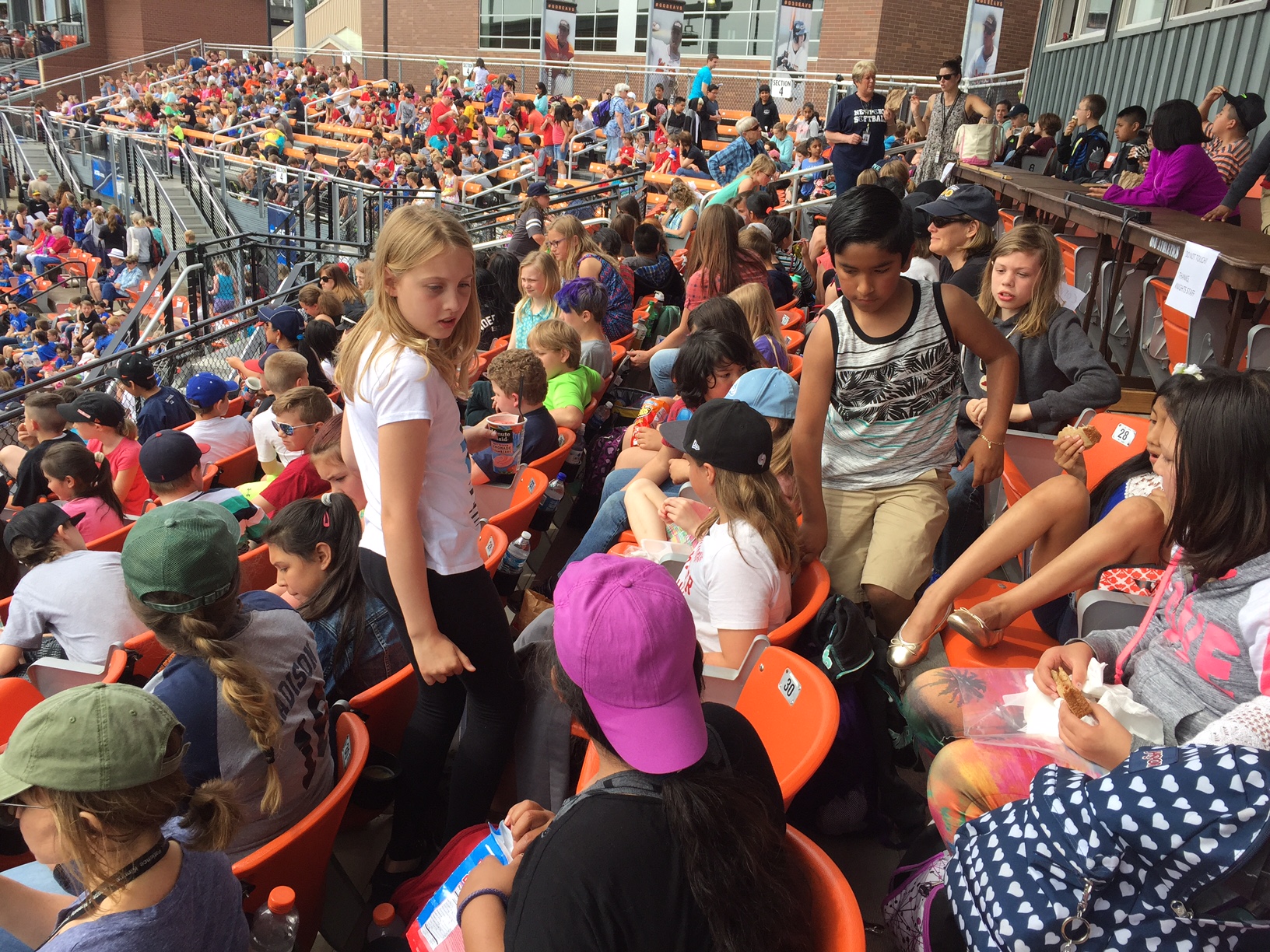 Thursday, May 26, Corvallis, Ore. – The Northwest Nighthawks edged the Corvallis Knights 6-4 before a sellout crowd of 2,839 on the eighth annual Paventy and Brown Science, Engineering & Arts Day at Goss Stadium.

Shortstop Jeremey Sangalang, a 10-day signee from George Fox University, singled, scored once, drove in a run, walked three times and reached base safely in four of his five plate appearances to pace the Knights. He was a second-team Northwest Conference all-star in 2022 as a GFU sophomore.

The Nighthawks, are connected with the Ridgefield Raptors of the West Coast League, and play nonleague games against numerous WCL opponents during the summer. Corvallis will meet them  again on July 25 and Aug. 1 at Goss Stadium.

They scored single runs in the first, third, fourth and fifth innings to take a 4-0 lead. Corvallis closed to within 4-2 on a sacrifice fly by Tyler Seiber of South Albany High in the fifth and an RBI groundout by catcher Kyle Casperson of Bushnell, another 10-day signee, in the sixth.

However, the Nighthawks scored twice in the eighth for a 6-2 advantage. Those final runs proved hugely important, as the Knights answered with two tallies in the bottom half on an RBI single by Sangalang and James Anderson’s tour of the bases on a walk, a passed ball and a throwing error on the catcher.

The Knights loaded the bases with one out in the ninth but Anthony Clerici, who plays at Lewis & Clark College, got the final two outs on an infielder popup and a strikeout to preserve the victory.

Center fielder Tyler Seiber of South Albany High had the only other RBI for the Knights. Will Clark of Pacific University pitched three innings and also walked and scored as a batter. Jonathan Stone of GFU also pitched two innings, singled, walked and scored.

The Knights are now idle until their June 3 West Coast League opener at Yakima Valley, a rematch of the 2021 WCL Championship Series. Their WCL home opener is June 17 vs. Yakima Valley.