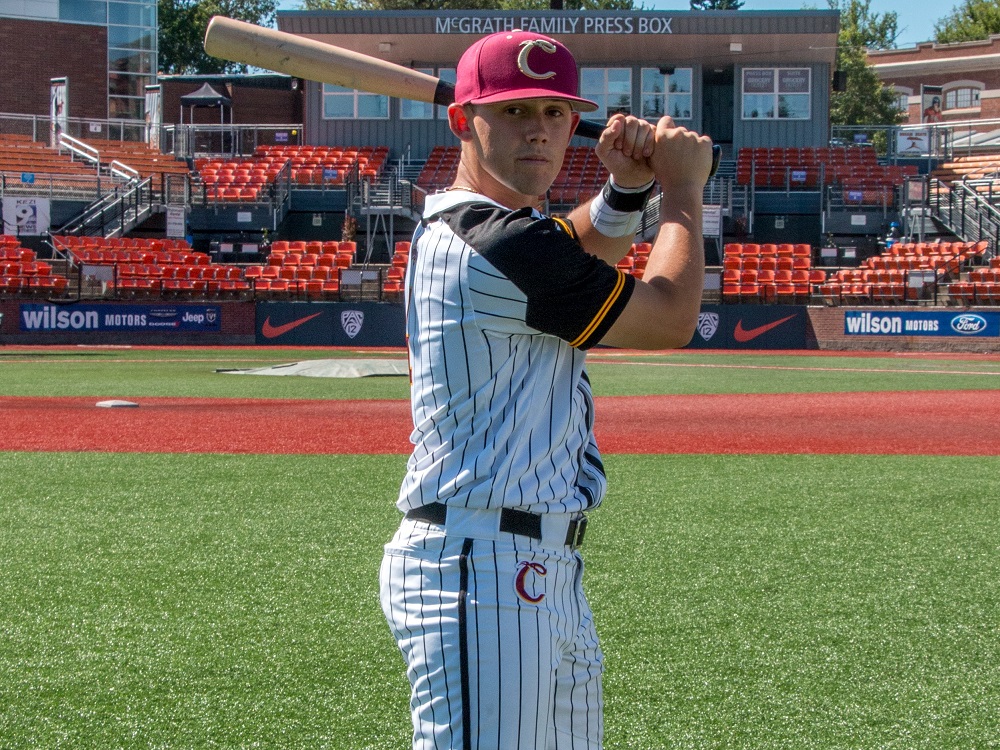 CORVALLIS, Ore. –  Right fielder Tyler Malone (pictured, above) singled home Jordan Qsar with the winning run in the 10th inning and the Knights tipped the Salem Capitols 5-4 in a nonconference game at Goss Stadium.

Qsar (Pepperdine) led off the 10th with a pinch-hit double to left field. Malone (Oregon State) followed with a single to center field and Qsar slid home just ahead of the tag to improve the Knights (33-17, 28-17 WCL, 11-7 second half) to 5-0 in nonleague games.

Darren Nelson (Cal Poly) started at first base and then pitched four scoreless innings to earn the win. He struck out three, allowed one hit, and was aided by two double plays. He also went 2-for-4 with an RBI before being replaced by Qsar to lead off the 10th.

Starting pitcher Tanner Cantwell (San Jose State) allowed one run on three hits, had three strikeouts in four innings and left with a 4-1 lead. The Capitols, who play in the Oregon Collegiate Baseball League, scored three unanswered runs to pull even in the sixth and neither team scored until the 10th.

The Knights resume West Coast League action against Gresham on Wednesday through Friday. A Saturday nonconference matchup with the OCBL All-Stars concludes the homestand.