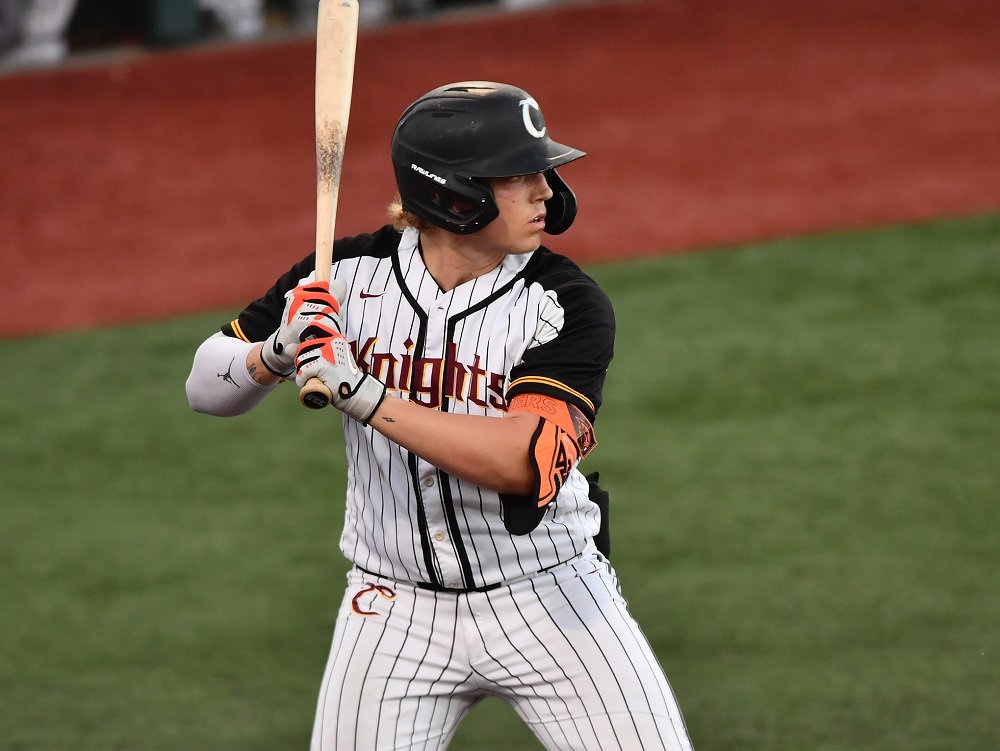 Thursday, July 28, Corvallis, Ore. – On a hot, muggy night at Goss Stadium before an enthusiastic crowd of 1,787, Corvallis extended its WCL win streak to 11 by beating the expansion Springfield Drifters, 10-4.

Third baseman Tyler Quinn of Pacific continued to swing a hot bat as he went 3-for-4 with two doubles and 2 RBIs. The big blow of the game was a grand slam by first baseman Tanner Smith of Oregon State in the first inning, his fourth homer of the week.

Knights starting pitcher Ian Lawson of Oregon State tossed 4.2 innings allowing only two hits and a run while striking out 8. Reliever Brady Maylett of Utah earned the victory throwing two innings while giving up 3 unearned runs. Kaden Segel of Linn-Benton CC closed things out with 2.1 innings of scoreless/hitless relief while striking out 3.

With the victory, Corvallis improves to 33-12 overall in the WCL and 15-4 in the second-half South.

The Knights head to Walla Walla next to play a three-game series July 29-31 with the Sweets at Borleske Stadium. The forecast calls for temperatures approaching 110 degrees.