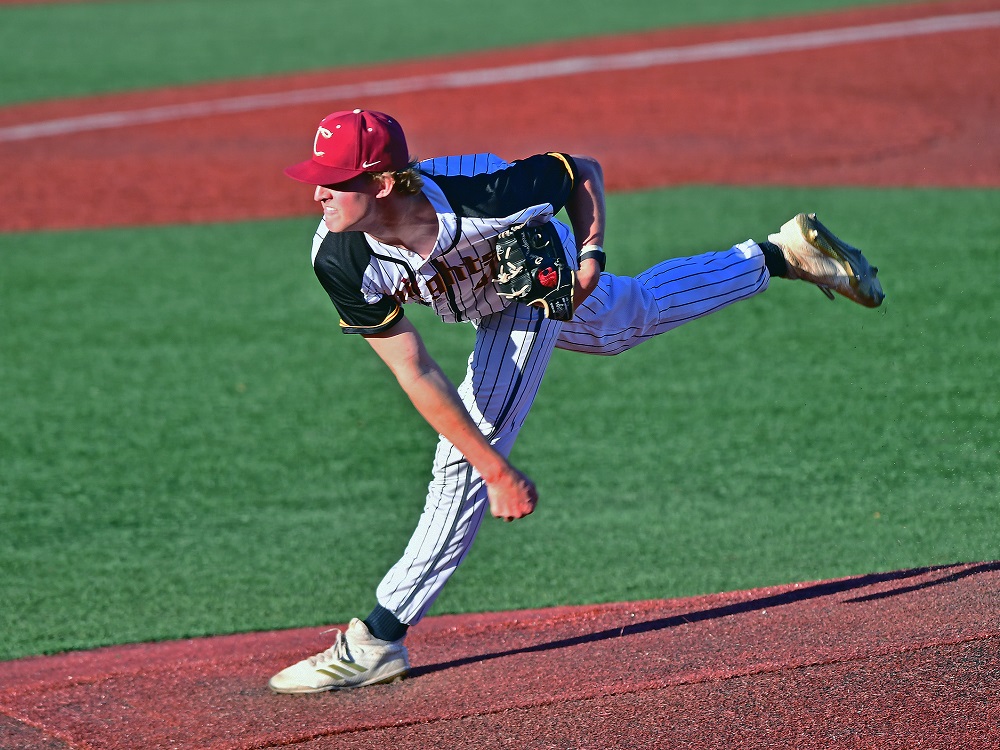 Thursday night at Goss Stadium, Corvallis banged out 15 hits as a team. Tonight, on the road, the Knights bested that figure by collecting 20 hits.

Knights starter and winning pitcher Duke Brotherton of Washington State (pictured) was brilliant only allowing one run over six frames while striking out 10. Position player Titus Dumitru of Linn-Benton CC pitched the final two innings of game only giving up one run.

Catcher Tanner Smith of Oregon State homered for the fifth time this week and outfielders Ethan Loveless of Portland and Logan Johnstone of Gonzaga and shortstop Spencer Scott of Portland all collected two hits. Johnstone doubled and drove in two runs.

With the victory, Corvallis improved its WCL overall mark to 34-12 and second-half record to 16-4.

Game two of the series Saturday at Borleske Stadium will start at 7:35 pm, one hour later than the contest’s regularly scheduled time because of excessive heat.