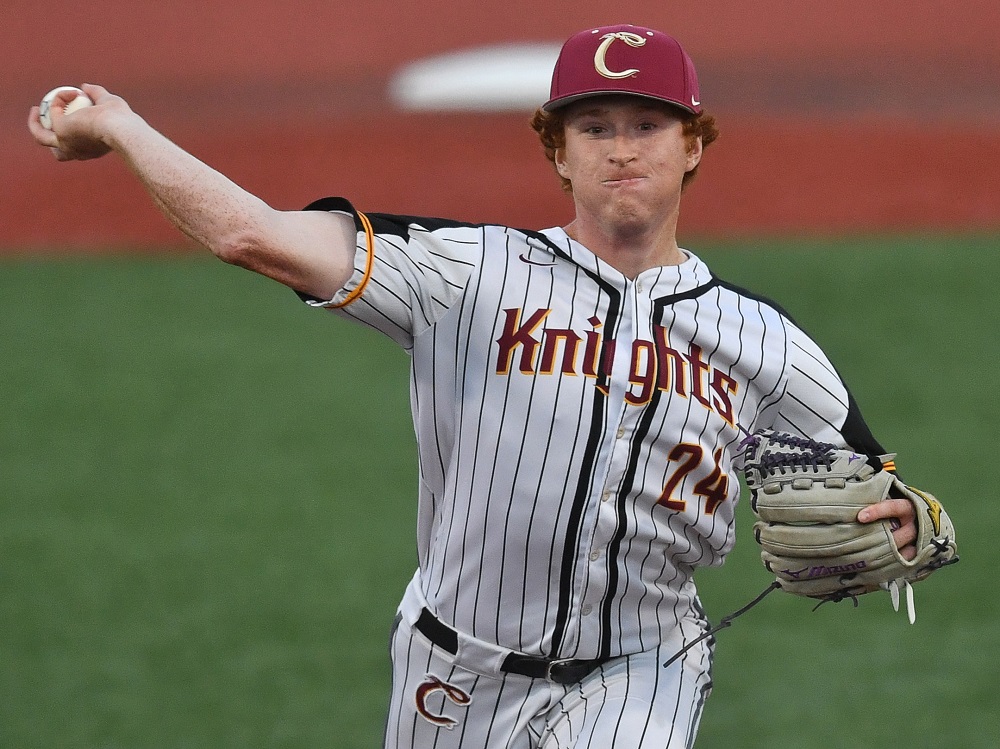 Not phased at all by temps nearing 110 degrees, Corvallis starting pitcher Cam Day of Utah (pictured) was brilliant, tossing 5 scoreless innings while allowing only one hit and striking out 5 to earn the win. Will Clark of Pacific closed the game out with a scoreless ninth and reliever Neil Feist, who replaced Day, twirled two scoreless frames.

Johnstone, Advincula and Romero all hit triples. Logan Johnstone led the club in RBIs with 2.

With the win, Corvallis improved to 35-12 overall and 17-4 in the South second half.

The series finale is set for tomorrow at Walla Walla at 7:35 pm.

The Knights return to Corvallis on Monday to play a non-league affair with the NW Star Nighthawks. First pitch at Goss Stadium is set for 6:35 pm.