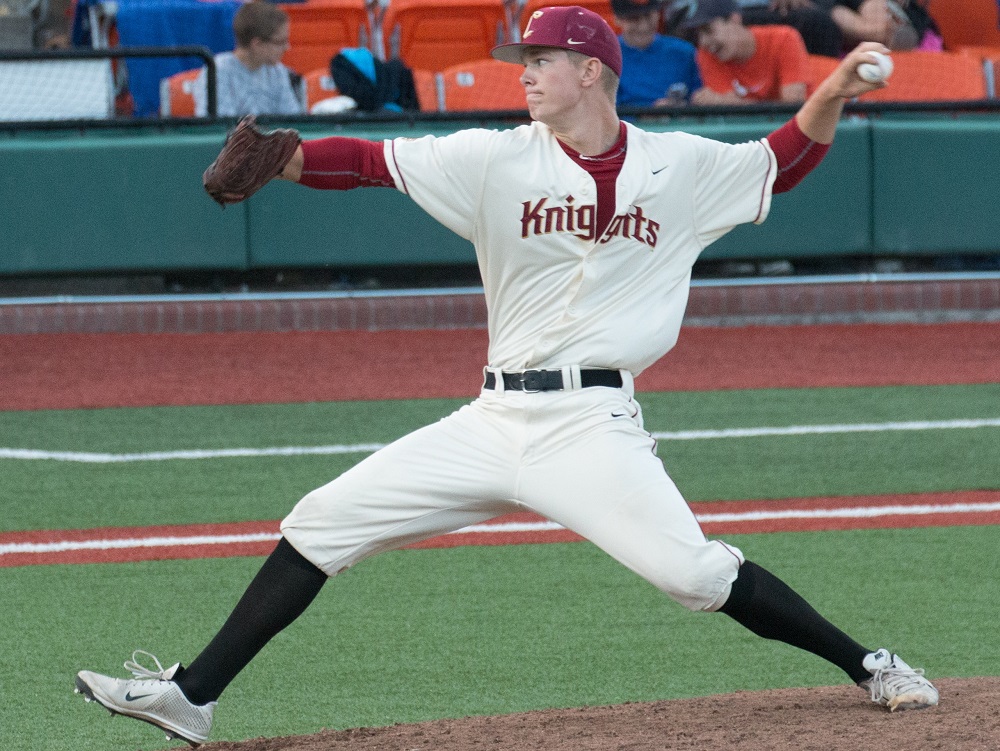 Lefty Chase Kaplan (pictured, above) closed the game for the second year in a row with a hitless ninth inning to power the South team to its fourth consecutive win in the midsummer classic. Last summer the rising senior at Kansas finished a 4-0 win at Cowlitz with a scoreless ninth inning.

Kaplan was the sixth Knights’ pitcher in the game, held before a crowd of 2,010 at Yakima County Stadium. Cowlitz outfielder Devlin Granberg hit two homers and drove in three runs to lead the South offensively and earn MVP honors.

Cason Cunningham (Linfield) struck out two in a perfect second inning and was credited with the victory. Louis Crow (San Diego) gave up a run on two walks and a base hit in the third inning.

The Knights next home game is July 25, a nonconference tilt with the Salem Capitols of the Oregon Collegiate Baseball League.