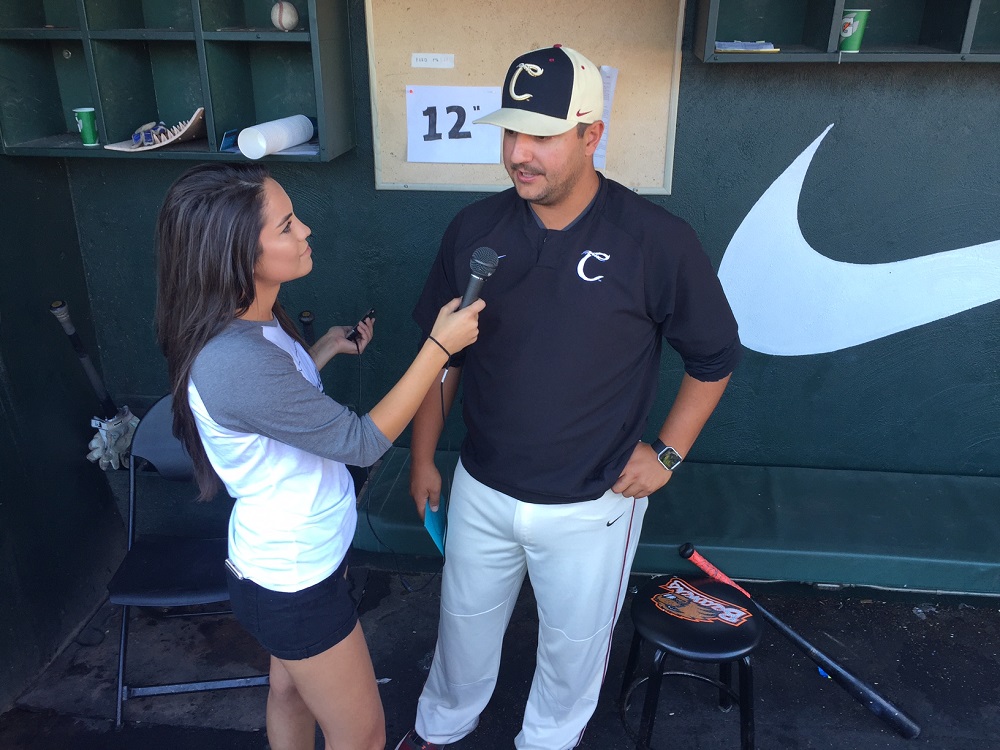 Lambert (pictured being interviewed by Lydia Parker at his final Knights game this season) was recently hired as the pitching coach of the Portland Pilots of the West Coast Conference. He replaces Gregg Swenson who left the Pilots following the spring season to work for the Gresham GreyWolves of the West Coast League as the team’s general manager.

Connor’s first day on The Bluff was yesterday. He is part of Knights alum Geoff Loomis’ coaching staff that also includes Jake Valentine and David Tufo.

“We’re thrilled for both Connor and Geoff, as we think this is a perfect fit,” said Knights Baseball Club CEO Dan Segel. “Connor will do a great job, and make the Pilots better.”

All five Pilots were key contributors to the Knights first-half South title, and continue to develop under Knights head coach Brooke Knight.

Lambert spent seven seasons with the Corvallis Knights. He joined the team as its pitching coach in 2011, and was part of three WCL championship clubs (2011, 2013, 2016). His staffs consistently led the league in team ERA. Connor was named the team’s associate head coach in 2016.