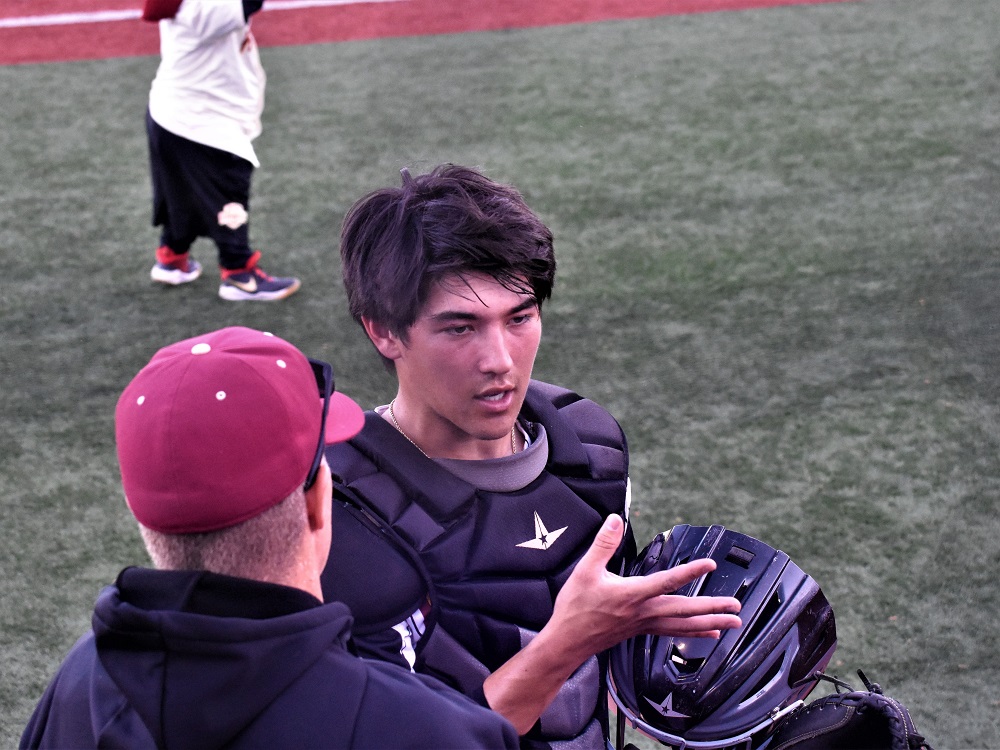 Portland drew within 4-3 with two runs in home eighth, but the Knights broke it open again by scoring four times in the ninth. Brady Lavoie (San Diego State) had a two-run double and Spencer Scott (Portland) and Quinn tacked on RBI singles for an 8-3 advantage.

Quinn finished with four RBIs and two hits to lead the Knights 12-hit attack, raising his average to .315. Catcher Ryan Stafford, a freshman All-American from Cal Poly who joined the team on Monday, went 3-for-4, scored twice and walked once in his debut.

Starter Matt Ager (UC Santa Barbara) allowed one hit in four scoreless innings, striking out two. Incoming Oregon State freshman Nathan Keljo entered the game with the bases loaded and no outs in the eighth; two inherited runners scored before the side was retired, but he then set the Pickles down 1-2-3 in the ninth to earn his first save.

Monday’s game was the makeup for one postponed back on June 12, and enabled the Knights to conclude a 10-game road trip with a 6-4 record. It will count toward their second-half record.

The Knights play their first home game since July 7 on Tuesday when they host the Cowlitz Black Bears in a 6:35 pm South Division matchup.  The series continues at 6:35 on Wednesday and Thursday.

A native of Folsom, Calif., Stafford was a first-team Big West Conference all-star. He hit .321 with 16 doubles, one triple, three home runs and 33 RBIs. His six sacrifice flies led the conference; his 79 hits were second.

The Knights announced several roster moves on Monday in addition to Stafford’s arrival.

With the addition of Stafford and Smith filling the void at the position, catcher Luca DiPaulo will return home. An incoming freshman at USC, DiPaulo hit .071 in 14 games, with no homers and one RBI.

Also, right-handed pitchers Jesse Barron (San Francisco)  will return home this week. He has reached his maximum numbers of innings for the summer. Barron was 3-1, 1.39 in seven games, with five starts, 28 strikeouts and only three walks in 32.2 innings.