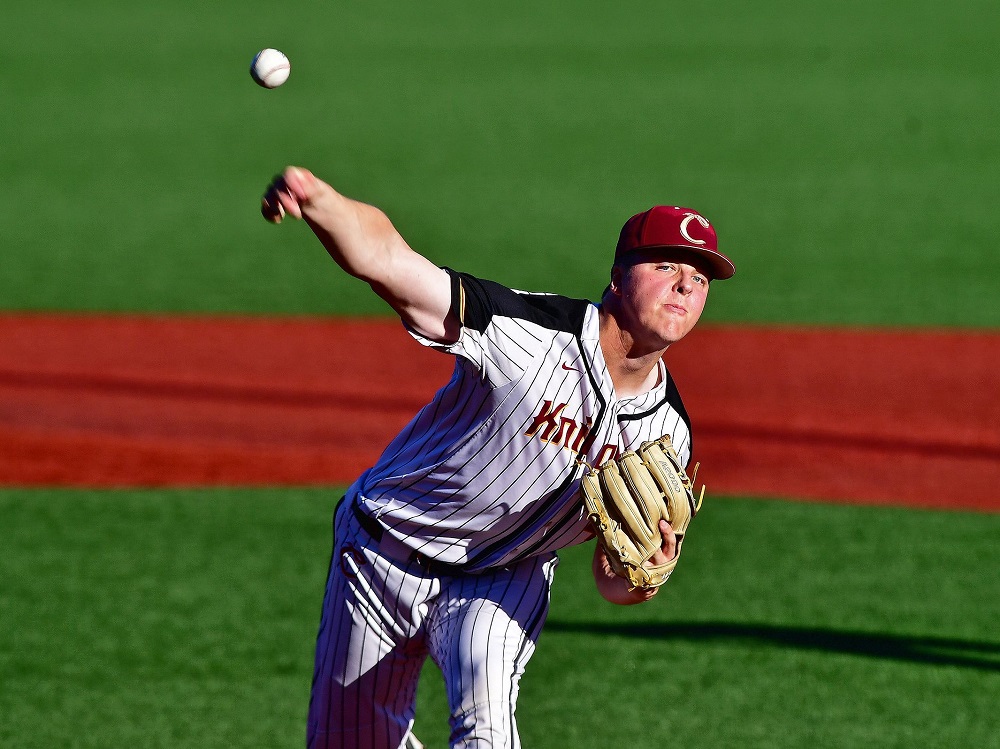 Lawson (pictured, above) blanked the Black Bears out on two hits over six innings, his longest stint of the season. He struck out one, walked two, induced 12 ground-ball outs, threw 50 strikes in 85 pitches and lowered his ERA from 1.17 to 0.66.

All the scoring came in the second inning. Ryan Stafford (Cal Poly) was hit by a pitch with one out and moved to second on a single by Brady Lavoie (San Diego State). Both runners then advanced a base on a wild pitch.

The series continues at 6:35 on Wednesday. Washington State righthander Duke Brotherton (1-2, 6.42) is the projected starter for Corvallis.

The Knights then host Portland this Friday, Saturday and Sunday. A nonleague game with the Northwest Star Nighthawks (July 25) and games with Springfield (July 26, July 28) complete the homestand.