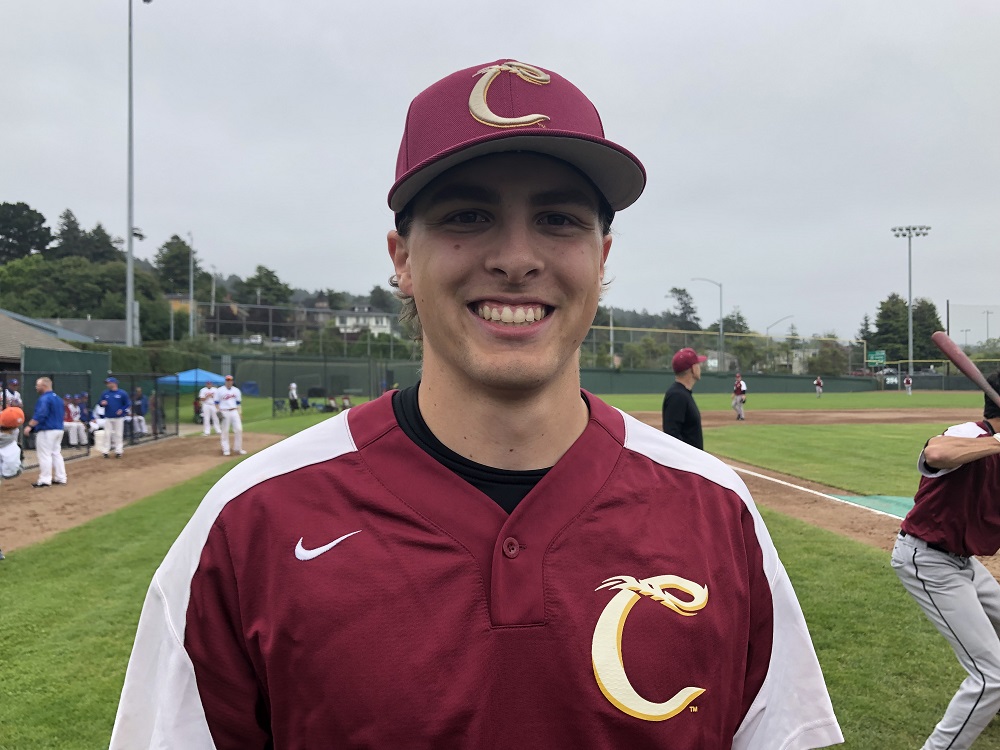 VICTORIA, B.C. – Relievers Brodie Cooper-Vassalakis (Grand Canyon) and Trace Hokkanen (Mt. Hood CC, pictured, above) each pitched two scoreless innings to shut down Victoria and the Knights took its first WCL series of the season with a 12-7 win at Royal Athletic Park.

The HarbourCats had trimmed an 11-1 deficit to 11-6 in the sixth inning when Cooper-Vassalakis entered with two on, no outs and four runs already in. He allowed just one inherited runner to score, then retired Victoria in order in the seventh. Brodie was credited with the win.

Hokkanen, who started the game at third base, then moved to pitcher to start the bottom of the eighth innng set Victoria down in order in the 8th and kept them scoreless in the ninth in his initial pitching appearance of the summer.

Both Cooper-Vassalakis and Hokkanen allowed one hit. Brodie recorded two strikeouts and Hokkanen punched out three, including the final batter of the game to strand HarbourCats runners at second and third.

Utah teammates Zack Moeller and Briley Knight slammed back-to-back homers in a five-run second inning as the Knights (6-3, 2-3 WCL) pounded out 13 hits, seven of which went for extra bases. Right fielder Nick Yovetich (San Francisco) doubled twice and every player in the starting lineup had at least one base hit.

Moeller’s three-run homer, his first, sent the Knights ahead 6-0 and Knight followed three pitches later with his second homer of the summer, his first WCL homer. The Knights scored at least one run in the first five innings.

David Watson (Utah) made his first start and allowed two runs and six hits in 4.2 innings, with seven strikeouts. He was lifted one out short of the necessary five innings a starter must pitch to receive credit for the win.