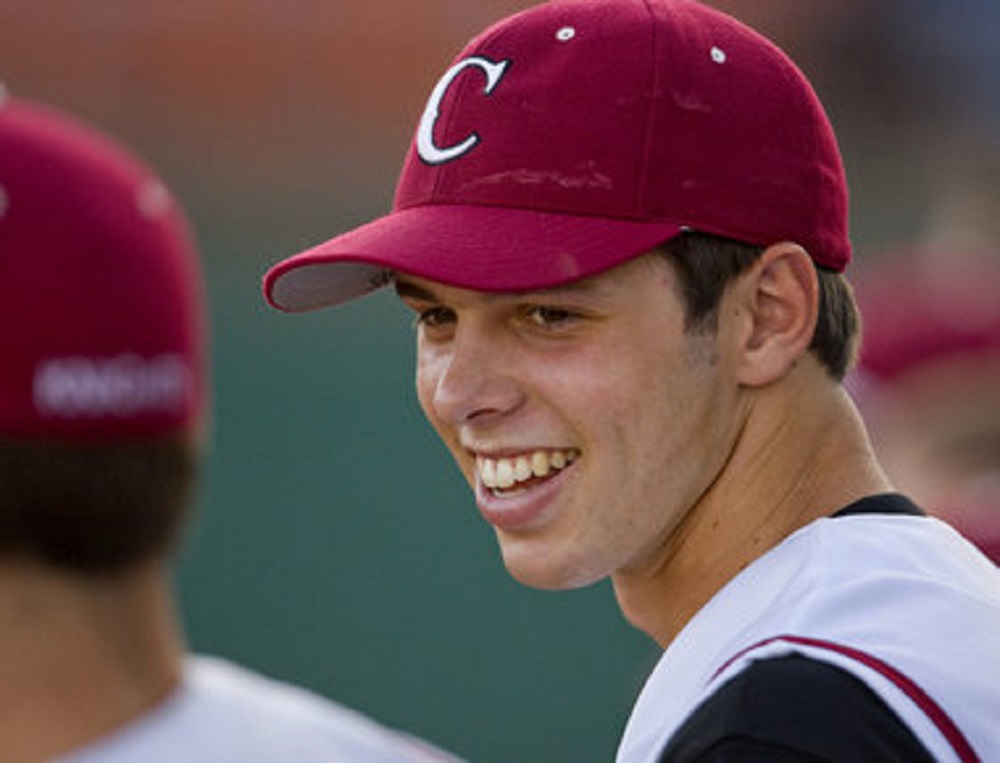 The Toronto Blue Jays acquired alum Sam Gaviglio (2009) from Kansas City on March 21 for a player to be named later, or cash considerations. Toronto put the former Oregon State star on its 40-man MLB roster but optioned him to the triple-A Buffalo of the International League.

Gaviglio made 13 starts and pitched in 16 games last season, his first in the majors, split between the Royals and Mariners. The 27-year-old righty went 4-5 with a 4.36 ERA and had 49 strikeouts in 74.1 innings.

He adds depth to the Toronto organization, which recently lost lefty Thomas Pannone for 80 games after he tested positive for a performance-enhancing substance.

Time to update the stats of our incoming position players. We’ll do the pitchers next Friday.

BEN FARISS: The UC Santa Barbara outfielder has not played yet.

CAMERON HASKELL: The Arizona infielder is hitting .000 (0-5) in six games.

Our 2018 season tickets are now on sale! For more details or to order your tickets online, please click here.  Tickets may also be purchased by calling us at 541-752-5656 or by visiting our office at 4th Street and Jefferson Avenue in downtown Corvallis. See you at the ballpark in 2018!

The Bellingham Bells have signed left-handed pitchers Wesley Moore from California State-Northridge and Logan Hatley from Oregon State for the 2018 season. Please click here for more details, from Our Sports Central.

That’s all for today. Have a great weekend, stay warm at Goss Stadium, and we will see you on Tuesday.

We have signed George Fox University freshman catcher Austin Baek (pictured, above) to a 10-day contract.…

Happy Monday, everyone, from the world-wide headquarters (WWHQ) of the Corvallis Knights, your 2017 South…