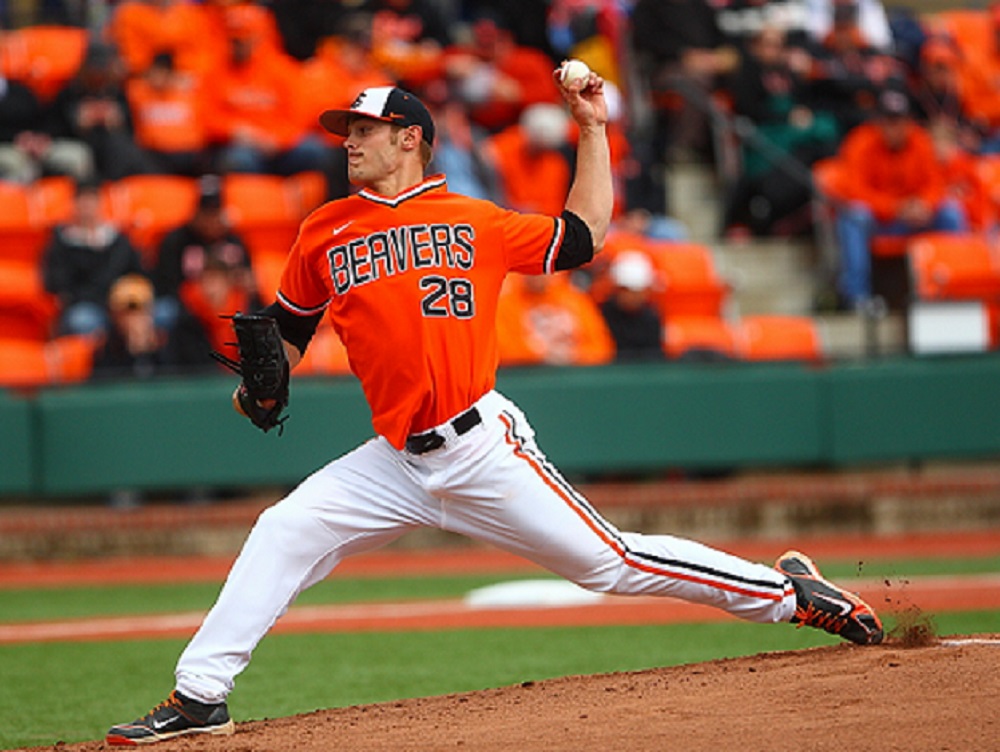 Three Knights alums are playing in the Arizona Fall League, which began Tuesday at ballparks throughout the Phoenix metro area.

All three players finished the 2018 season at double-A. Holmes played at Tulsa in the Texas league, while Nogosek (Binghamton) and Johnson (Richmond) were in the Eastern League.

Each Major League team sends six top prospects to the Arizona Fall League, 180 players in all. The games are played in the Spring Training stadiums used by the Giants, Mariners, Padres, Cubs, A’s, Royals, Rangers, Diamondbacks and Rockies.

Nearly 60 percent of all AFL players make a Major League roster. Each August, MLB clubs hold a position draft to determine the players who will go to Arizona. Most are Double-A and Triple-A minor-leaguers. Each club can opt to send one player considered a Class A player.