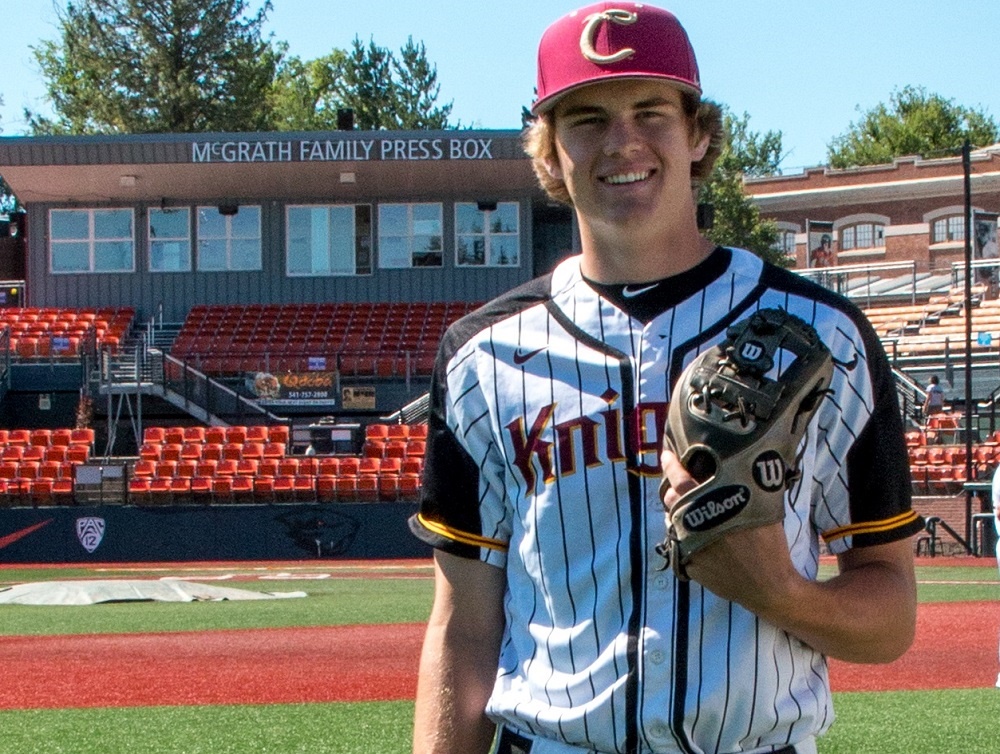 The Knights have signed four current/future Portland Pilots, including freshman shortstop Chad Stevens (pictured, above), a starter on the 2017 championship team.

Brundage is the son of former Oregon State All-American Dave Brundage, now the manager of the Sacramento River Cats, San Francisco’s affiliate in the Pacific Coast League. The younger Brundage hit .283 with 51 hits and seven steals for the Pilots in 2017. He was picked by Philadelphia (the same team that selected his father in 1986) in the 38th round of the 2015 MLB draft.

Morse pitched at Cleveland High School in Portland in 2017. He was a four-year letterman, earned all-PIL honors several times and was honorable-mention 6A all-state in 2017.

“Sometimes two-way players are slower to find their groove in development and Qsar could be a perfect example of that. His name has been on the radar since he arrived in Malibu because of two show-stopping tools: a huge right arm and big-time lefthanded pop.

“While it has been more flashes of brilliance than sustained success at Pepperdine, Qsar put it all together this summer. He was up to 94 mph on the mound and showed the makings of a potentially plus slider. That stuff led to 12 strikeouts in just over six innings pitched. Qsar’s offensive numbers were even more impressive: an outrageous 34 extra-base hits combined with a .304 batting average.

“The most exciting part is that the 6-foot-3, 195-pound Qsar is described as wiry strong right now so there could be more in the tank for him.”

Earlier this year Qsar was ranked No. 2, Crow No. 5 and Kaplan No. 10 by Baseball America. That trio was also recognized in D1baseball.com’s top-12 prospect list.