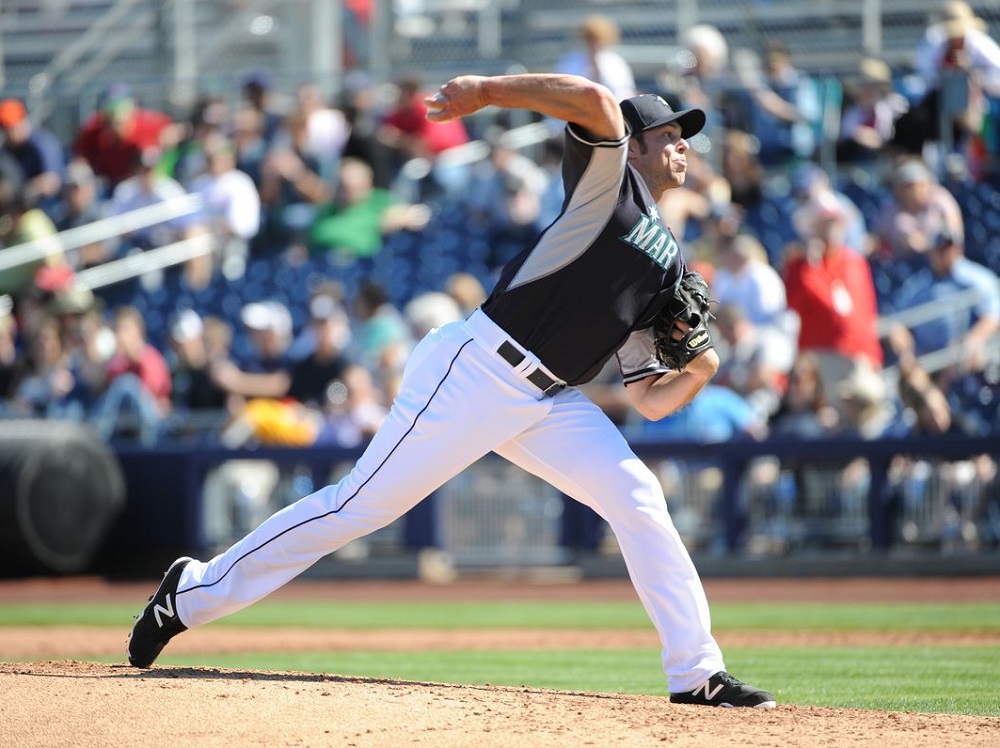 Happy Friday everyone, from the world-wide headquarters (WWHQ) of your Corvallis Knights, the 2016 West Coast League champions!

Great job by alum Sam Gaviglio (2009) on Thursday night in his debut as a major-league starting pitcher. The former Oregon State star pitched five shutout innings against the Chicago White Sox and had two strikeouts and only one walk.

Sammy G left with a 4-0 lead and was in position to earn his first big-league win in his second game in the majors. However, the bullpen imploded, enabling the White Sox to tie, and he got a no-decision.

Here’s a report on Sam, from reporter Bob Dutton of the Tacoma News-Tribune:

“Gaviglio impresses: Gaviglio is a seven-year pro who pretty much defines organizational depth. He spent most of 2015 at Triple-A Tacoma but pitched much of last season at Double-A and appeared ticketed to return this year to Double-A.

“Injuries then created an opportunity for Gaviglio to start the season at Tacoma and, as injuries mounted, he got promoted, for the first time in his career, to the big leagues.

“He made his debut May 11 by pitching two innings of mop-up relief at Toronto before working five scoreless innings Thursday against the White Sox.

“Gaviglio efficiently pitched to contact while stranding runners in four of his five innings. He exited after 75 pitches because of a limited workload over the last two weeks created concerns regarding his endurance.

“It’s just another baseball game,” he said. “That’s the way you have to look at it. The distance from the home plate to the mound is the same. You’ve just got to remember that.”

“Maybe it was a fluke. Gaviglio’s stuff doesn’t dazzle in an eye-test examination. But five scoreless innings means he’ll get at least one more start as the Mariners continue to patch their rotation while awaiting the return of their injured starters.”

The Knights will wear a new set of Nike pinstripe jerseys this season. Please click here for more information on that development.

The Knights have announced our 2017 promotional schedule. It features three  fireworks nights; the Wilson Motors Buyout the Ballpark Night; Cowbell and Cap Nights, a $1,000 Kids Dash for Cash  and many other promotional highlights.

And remember, 2017 season tickets are now on sale. To check out your many options and to purchase a season-ticket package, please click here.

Montgomery (AA Southern, Rays) outfielder Cade Gotta (2011) was 2-for-4 with a homer, a double, a walk and two RBIs in an 11-6 loss to Jackson on Thursday to earn Corvallis Knights Minor League Player of the Day honors. He played at San Diego Christian.

Time to update the stats (through Thursday) of our incoming pitchers. We will do the position players on Tuesday.

That is all for today. Have a great weekend, try to make it to the ballpark, as the Beavers host Washington State, and we will see you again on Tuesday.

Happy Wednesday, everyone, from the world-wide headquarters (WWHQ) of the Corvallis Knights. Alum Nick Madrigal…