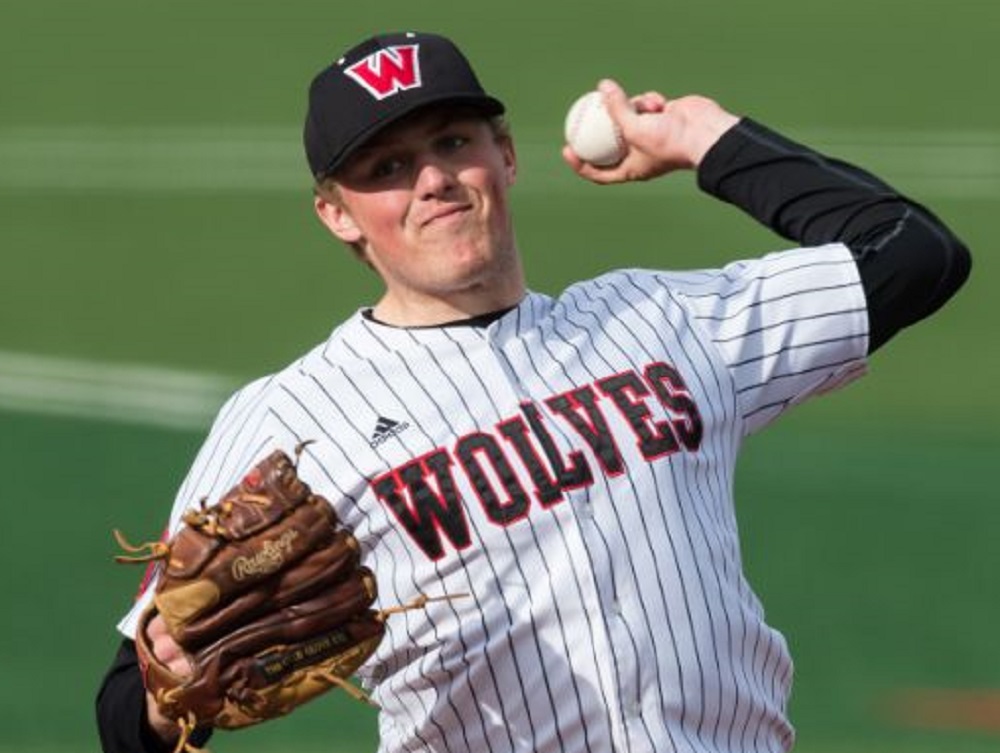 Happy Tuesday/Wednesday, everyone, from the world-wide headquarters (WWHQ) of the Corvallis Knights, your 2016-2017 and 2018 West Coast League champions!

We have signed Western Oregon University sophomore left-hander Kolbe Bales (pictured, above) for the 2019 season.

A 6-foot, 200-pounder from Dufur High School in Dufur, Ore., Bales earned Great Northwest Athletic Conference Freshman of the Year honors after going 5-0 with a 1.12 ERA in 14 games in 2018, with 16 strikeouts in 24 innings.

His five wins tied him for third in the GNAC. He held opponents scoreless in 11 of 14 appearances, did not allow more than one run in any outing, and compiled an outstanding 0.9518 WHIP.

Welcome to the team, Kolbe!

We will have more signings to announce in the near future.

Time to update the stats of our alums in the Arizona Fall League, for games played through Oct. 29.

The Texas Rangers have released outfielder Nick Torres (2012), a former Cal Poly standout. Torres signed with the Rangers in 2018 after starting the season with Kansas City in the independent American Association following his release by San Diego.

He was originally selected by San Diego in the fourth round of the 2014 draft. He reached triple-A El Paso with the Padres in 2016 but was sent back to double-A for the 2017 season, then released.

Walla Walla general manager J.C. Biagi announced on Oct. 25 that manager Frank Mutz will return to skipper the club in 2019. Please click here for more on that story.

That’s all for today. Have a great week and we will see you on Nov. 6.