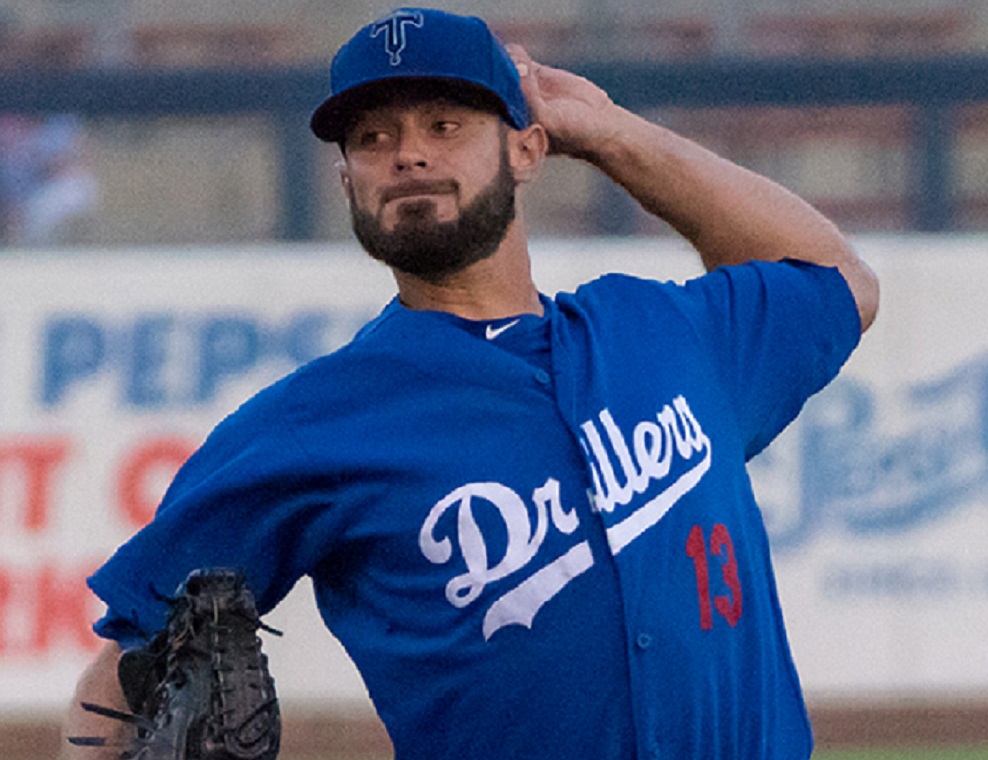 Happy Tuesday/Wednesday, everyone, from the world-wide headquarters (WWHQ) of the Corvallis Knights, your 2016-2017 and 2018 West Coast League champions!

Alum Ben (Wetzler) Holmes (2011, pictured above pitching for Tulsa in 2018), a lefty in the Los Angeles Dodgers’ system who played at Oregon State, has been named the Arizona Fall League Pitcher of the Week for Oct. 28-Nov. 4.

In Holmes’ lone outing, he pitched five innings of one-hit, no-run baseball and fanned six in the process. The outing, which was his fifth start this Fall league, brought his ERA down to 2.29.

He is currently tied for the league lead in strikeouts (23) and is fourth in innings pitched (19.2). Please click here for more details.

We have pretty much finalized our 2019 schedule! A few nonleague opponents still must be confirmed, but the dates for the projected 32-game home slate are good.

We start the season at 10 a.m. May 29 with our eighth annual Science, Engineering & Art Day game at Goss Stadium. We open the West Coast League season at Walla Walla on June 4 and begin the WCL home season on June 14 against the Cowlitz Black Bears.

Please click here for the entire WCL schedule. We’ll release our entire schedule in the very near future.

Utility Briley Knight and pitcher Trevor Wells of the University of Utah will return to the Corvallis Knights for the 2019 season.

Wells is a junior right-hander from West Linn, Ore., who transferred from Linn-Benton Community College, where he was a first-team NWAC South Region all-star in 2017. He was a combined 4-2 with two saves for the Knights in 2017 and 2018, with 33 strikeouts in 25.2 innings.

Lund is a 6-foot, 195-pounder from Verona High School in Verona, Wisc. He was an all-league selection, played club ball for GRB Academy, and earned honorable mention Perfect Game All-American honors. He played nine games for the Pierre Trappers in the Expedition League in 2018 and hit .513 with six doubles and a homer in 39 at-bats.

“Stephen is a premier defensive catcher who comes from one of the top club teams in the Midwest,” GU coach Mark Machtolf said. “We think he has a chance to push for playing time early in his career.”

Time to update the stats of our three alums in the Arizona Fall League, for games through Nov. 5.

That’s all for today. Have a great week and we will see you on Nov. 13.