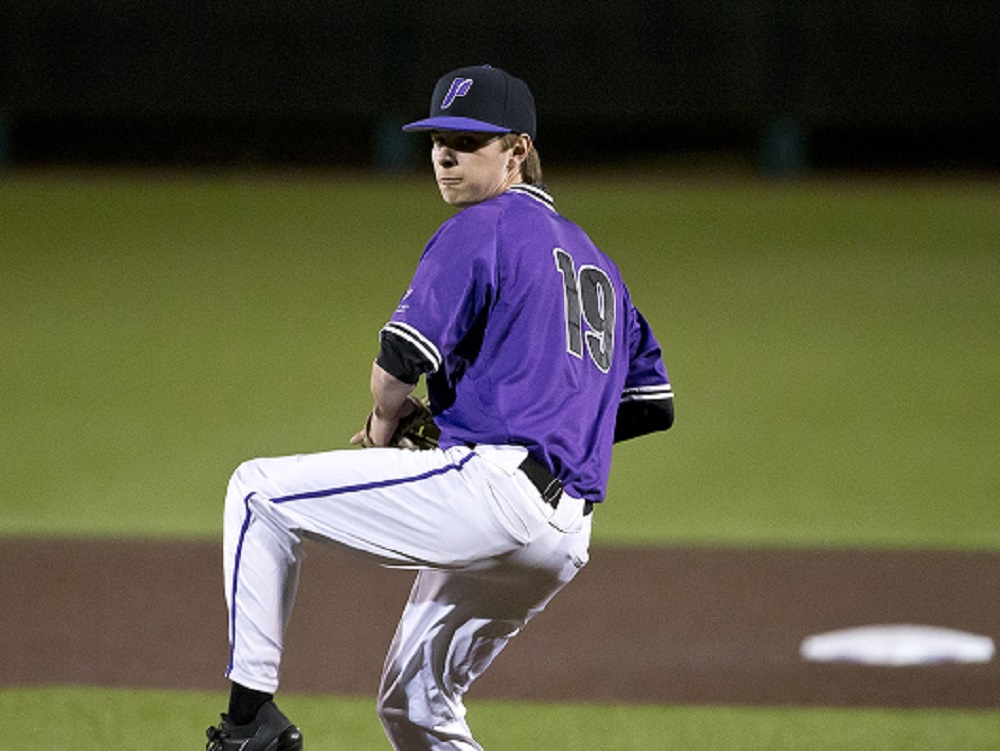 Happy Friday, everyone, from the world-wide headquarters (WWHQ) of the Corvallis Knights, your 2016-2017 West Coast League champions! Our May 30 opener with the Portland Sea Dogs is just 31 days away, so get ready for another great summer of Knights’ baseball!

We have signed pitcher Connor Knutson (pictured, above) of the University of Portland for the 2018 season, coach Brooke Knight announced Friday.

He is a 6-foot, 165-pound sophomore right-hander from Skyline High School in Sammamish, Wash. He is the nephew of former University of Washington head coach Ken Knutson, who now works for the Cleveland Indians.

Knutson is 3-2, 3.41 in 18 games this season, with five saves and 36 strikeouts in 29 innings. He will be the fourth member of the 2018 Pilots to play for the Knights this summer, joining pitcher Eli Morse, outfielder Beau Brundage and shortstop Chad Stevens, a returnee from the 2017 WCL championship team.

Welcome to the Knights, Connor.

The Chicago White Sox recalled left-handed pitcher Jace Fry (2011) from Charlotte of the triple-A International League on Friday. He will join the team for the remainder of their four-game series with Minnesota in Chicago.

Fry was 0-0, 1.35 in five appearances at Charlotte this season, with 11 strikeouts in 6.2 innings. It will be his second stint in the majors; he also played briefly for the ChiSox at the end of the 2017 season.

The former Oregon State ace was named the top pro prospect in the WCL by Perfect Game and Baseball America following his 2011 season with the Knights, when he was 2-1, 1.40 in nine games, with 33 strikeouts in 36 innings.

Alum Matt Boyd (2010) of the Detroit Tigers picked up his first win of the season on Tuesday in a 2-1 victory over Tampa Bay. One of the highlights was his strikeout of 2010 Knights’ teammate Matt Duffy to end the top of the third with runners on the corners. Please click here for more on that story, and video of the Duffy strikeout, from MLB.com.

Time to update the college stats of our 2018 position players. We will update the pitching stats next Friday.

Hartford (AA Eastern, Rockies) catcher Chris Rabago (2012-13) was 2-for-4 with a run, a double and an RBI in a 5-4 win over Portland on Thursday night to earn Corvallis Knights Minor League Player of the Day honors. He played at UC Irvine.

The 2018 Wenatchee AppleSox will have 10 players with prior playing experience for the team, coach Kyle Krustangel announced in May 2.

For more on that story, please click here for details from Our Sports Central.