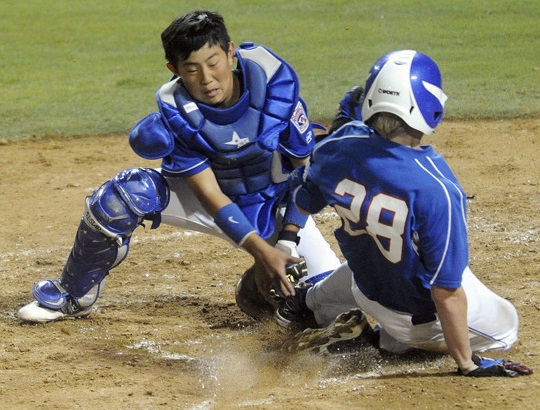 We have signed George Fox University freshman catcher Austin Baek (pictured, above) to a 10-day contract. He is a 5-foot-9, 170-pounder from Bothell High School in the Seattle suburb of Both, Wash., who will join the Bruins for the 2018 season.

Players are signed to 10-day contracts to add depth early in the season, before all the full-time signees report. They can be retained as full-time players.

“All of our full-time catchers will be in school for the first couple weeks of the season,” said Dan Segel, CEO of Knights Baseball Inc. “So, Austin is our only catching option for all the early games. He comes highly recommended from George Fox.”