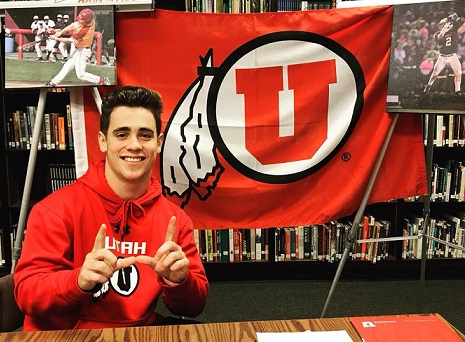 Crescent Valley High senior catcher Briley Knight, a 2018 Knights’ signee and the son of head coach Brooke Knight, inked his letter-of-intent with the University of Utah on Wednesday in a ceremony at the school. For more on that story, please click here for full details from Corvallis Gazette-Times sportswriter Bob Lundeberg.

The G-T also did a feature story on Briley’s career as a football player in Friday’s paper, also by Bob Lundeberg. Please click here for that.

Brian McRae, the former MLB player entering his second year as head coach of the Victoria HarbourCats of the West Coast League, has named his coaching staff for the 2018 season. Please click here for more details.

The Walla Walla Sweets have named a new general manager, promoting assistant general manager Dan Ferguson to the post for the 2018 season. Team president Zachary Fraser, who had returned to the GM role for the 2017 season, will continue in his role as president of the Sweets and the Yakima Valley Pippins. Both WCL clubs share the same ownership. Click here for more details.