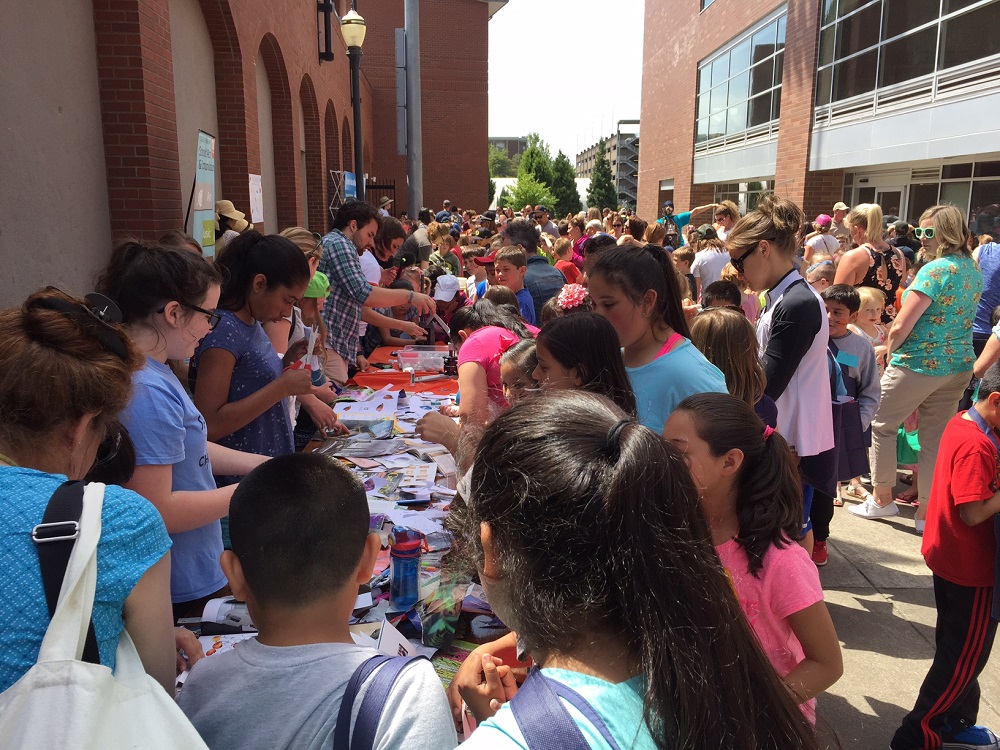 Happy Friday, everyone, from the world-wide headquarters (WWHQ) of the Corvallis Knights, your 2016 West Coast League champions!

We had a great turnout of 3,409 fans on Wednesday for our sixth-annual Science, Engineering & Art Day game at Goss Stadium. It was a SEA Day record.

And, we won 8-0 over the Portland Sea Dogs to improve to 4-0 on the young season. For more on SEA Day, please click here to read a story by Corvallis Gazette-Times reporter Lillian Schrock. Click here for a photo gallery from G-T photographer Amanda Loman.

Last night’s game between the Knights and the Bellingham Bells at Joe Martin Field in Bellingham was rained out. The series will start at 6:35 p.m. Friday; the postponed game has been rescheduled as the opener of a Saturday doubleheader that starts at 4 p.m.

Our probable starting pitchers for the series are three left-handers: Austin Crowson of Lane, Cason Cunningham of Linfield and Ross Massey of Tulane. Crowson was slated to throw on Thursday.

Our flagship station, KEJO-AM 1240, won’t be broadcasting the games because of a conflict with Oregon State’s NCAA Super Regional against Vanderbilt. Please click here for information how to listen live.

We have some transactions to announce for our major-league Knights.

Greenville (A South Atlantic, Red Sox) closer Stephen Nogosek (2013) allowed one run in two innings, had two strikeouts and earned his 11th save in a 5-3 win over Hickory on Wednesday night to earn Corvallis Knights Minor League Player of the Day honors. He played at Oregon.

Victoria pitcher Claire Eccles became the first woman to play in a WCL game on Wednesday night, in a 9-0 loss to Wenatchee. She pitched the eighth and ninth innings and allowed two runs on one hit. Click here for more on that story.