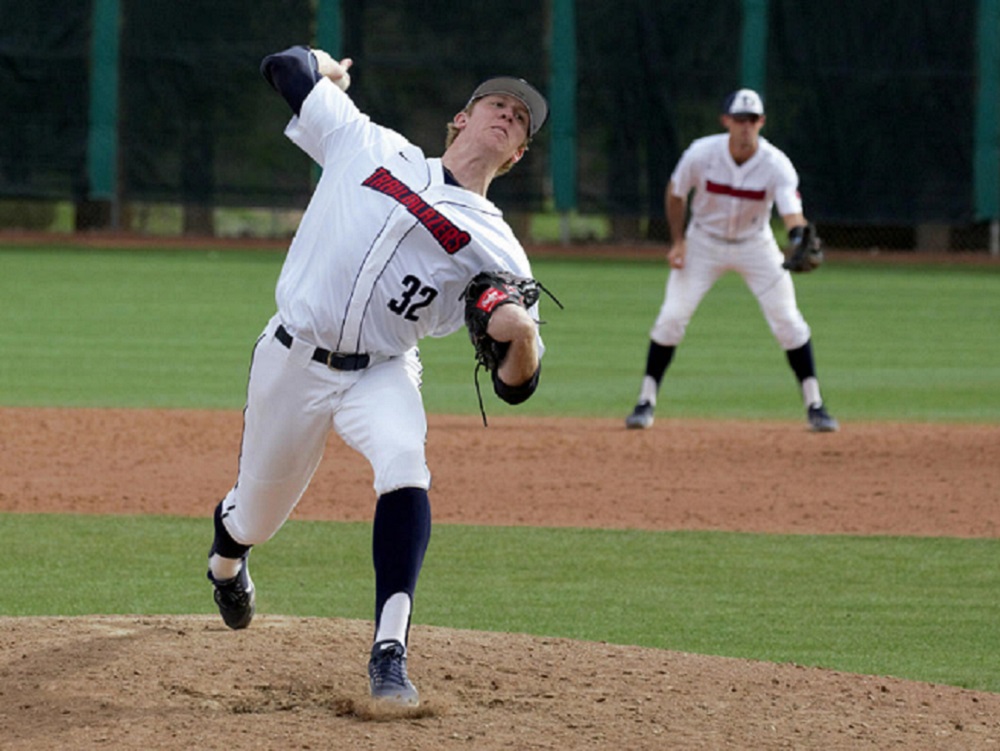 We clinched our 12th consecutive West Coast League playoff berth on Thursday night by defeating Bend 8-5 at Goss Stadium to sweep the series. It was our 10th win in a row overall and our 16th straight at home.

We will open the playoffs at home on Friday, Aug. 10, against the Portland Pickles in Game 1 of a best-of-3 South Division playoff series. The winner will advance to the WCL Championship Series, which begins on Aug. 14 at a to-be-determined site.

We go to Longview, Wash., this weekend for a series with the Cowlitz Black Bears. Our projected starting pitchers are Connor Knutson of Portland (4-1, 4.26) tonight, Landen Bourassa of San Francisco (4-1, 2.04) on Saturday and Kolby Somers (3-1, 3.56) of Oregon on Sunday.

We then conclude the regular season on Monday, Tuesday and Wednesday at home with Yakima Valley.

Some good news to report from the world of professional baseball.

The Minnesota Twins have promoted pitcher Tanner Howell (2016-17, pictured, above) to Elizabethton of the rookie-level Appalachian League. He was 0-0, 0.75 in seven games with the Gulf Coast League Twins, with three saves and 14 strikeouts in 12 innings. Tanner played at Dixie State.

The Chicago White Sox have promoted alum Nick Madrigal (2015) to Winston-Salem in the advanced-A Carolina League. He was at low-A Kannapolis. For more on Madrigal, please click here. Nick played at Oregon State.

Our final homestand of the year, a three-game set against the Yakima Valley Pippins, opens on Monday. We have good promotions for every game.

Princeton (R Appalachian, Rays) outfielder Jordan Qsar (2017) homered twice and drove in three runs in a 9-0 win over Danville in Game 2 of a doubleheader on Thursday night to earn Corvallis Knights Minor League Player of the Day honors. He was 1-for-4 with a double and an RBI in a 4-3 loss in the opener. He played at Pepperdine.

Time to update the stats of our alums playing independent baseball, through Wednesday night’s games.

That’s all for today. See you at the ballpark next week, and back here on Tuesday.