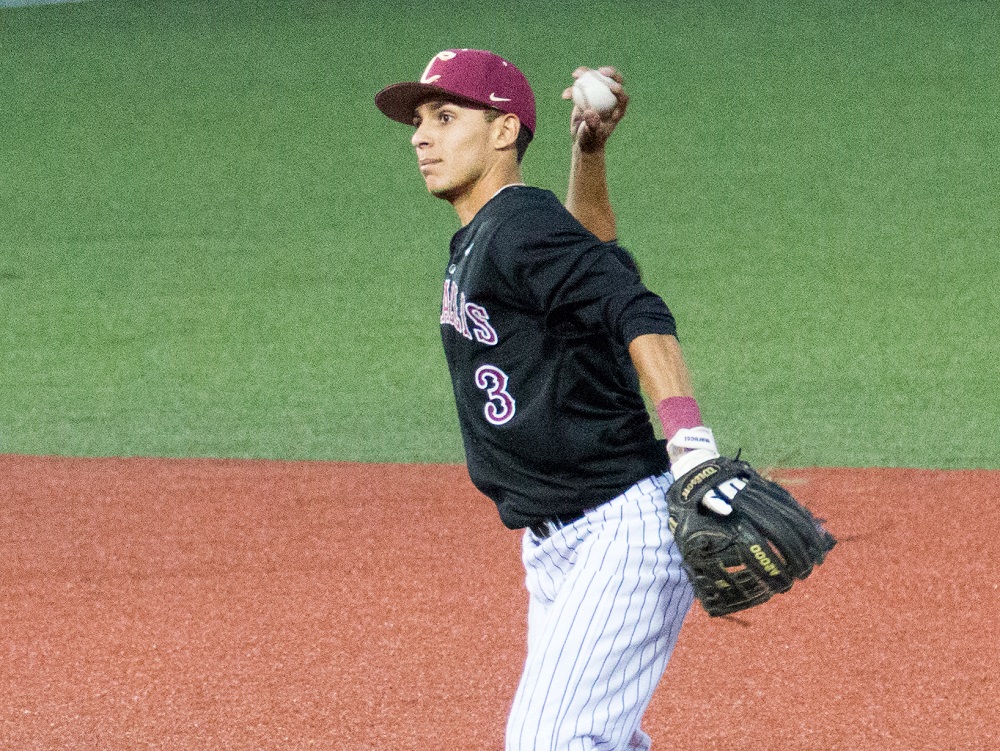 Alum Nick Madrigal (pictured above, in 2015) of Oregon State continues to make a big impression in the Chicago White Sox organization. They selected him as the No. 4 overall pick in the June MLB draft.

Nick is hitting .375 (15-40) at Kannapolis (N.C.) in 11 games in the Class A South Atlantic League, after Monday night’s action. He has three doubles and six RBIs, has walked once, and has yet to strike out.

We open a three-game homestand with longtime South Division rival Bend tonight. We have good promotions for every game, which all start at 6:30 p.m.

Our attendance this year stands at 37,031 for 25 dates, an average of 1,481 per opening. For a look at total WCL attendance (league games only), please click here.

Remember, Wednesday, Aug. 7 is Wilson Motors Night. You can still pick up your free tickets at the dealership, located on the corner of 5th Street and Buchanan Avenue in Corvallis.

Student reporters from The Oregonian were at Goss Stadium last week as part of the High School Journalism Institute, an annual collaboration among The Oregonian/OregonLive, Oregon State and other Oregon media organizations. They did a profile on Knights’ shortstop Beau Philip, a future Beaver, and a profile on utility Briley Knight, a future Utah Ute.

Reno (AAA Pacific Coast, Diamondbacks) closer Jimmie Sherfy (2011) struck out one and pitched a scoreless ninth to record his 14th save in a 3-2 win over Round Rock on Monday night to earn Corvallis Knights Minor League Player of the Day honors. He lowered his ERA to 1.38. He played at Oregon.

VanDeBrake went 14-for-25 with seven runs, two stolen bases, two doubles, a home run and three RBIs. Frias tossed a combined eight scoreless innings in appearances against Corvallis and Bellingham. He earned a win in relief vs. the Bells and allowed only four hits and had nine strikeouts for the week.

Congrats to both players. For complete details, please click here.

That’s all for today. See you at the ballpark this week, and back here on Friday.