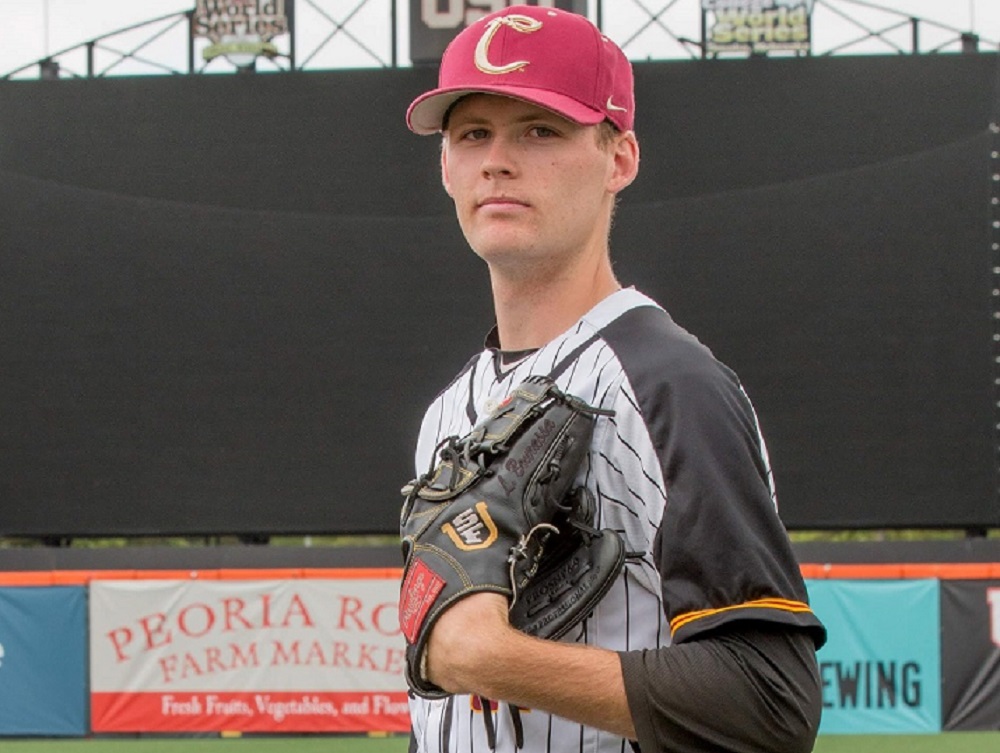 The 10th annual midsummer classic is scheduled for 6:35 p.m. on Tuesday at Civic Field in Port Angeles, Wash. The Port Angeles Lefties are the host team.

The Saltwater Splashdown Home Run Derby, held in conjunction with the All-Star Game, is scheduled for 6:35 p.m. Monday at the Hollywood Beach Pier in downtown Port Angeles. Each team’s participant will be announced later this week.

For complete rosters and more information on the All-Star Game, please click here.

The Chicago White Sox have promoted Knights’ alum Nick Madrigal (2015) to Kannapolis (N.C.) of the long-A South Atlantic League after a brief stay in the rookie-level Arizona Rookie League.

The San Francisco Giants have promoted pitcher Ryan Walker (2015) to San Jose of the California League and pitcher Jake Wong (2016) to Salem-Keizer of the Northwest League.

Both right-handers, selected in this year’s MLB draft, were in the Arizona Rookie League. Walker played at Washington State; Wong played at Grand Canyon.

We have some nice promotions in our upcoming weekend series against Port Angeles.

Alum Adley Rutschman (2016) of Oregon State is hitting .360 (9-25) in seven games with Team USA. The team’s game against Cuba in Havana in the seventh annual International Friendship Series was rained out on Thursday; the teams play again on Friday and Saturday.

Montgomery (AA Southern, Rays) outfielder Dalton Kelly was 2-for-5 with two doubles and an RBI in a 7-6 loss to Chattanooga on Thursday to earn Corvallis Knights Minor League Player of the Day honors. He played at UC Santa Barbara.

That’s all for today. Have a great weekend, see you at Goss Stadium on Friday through Sunday for the Port Angeles series, and back here on Tuesday.