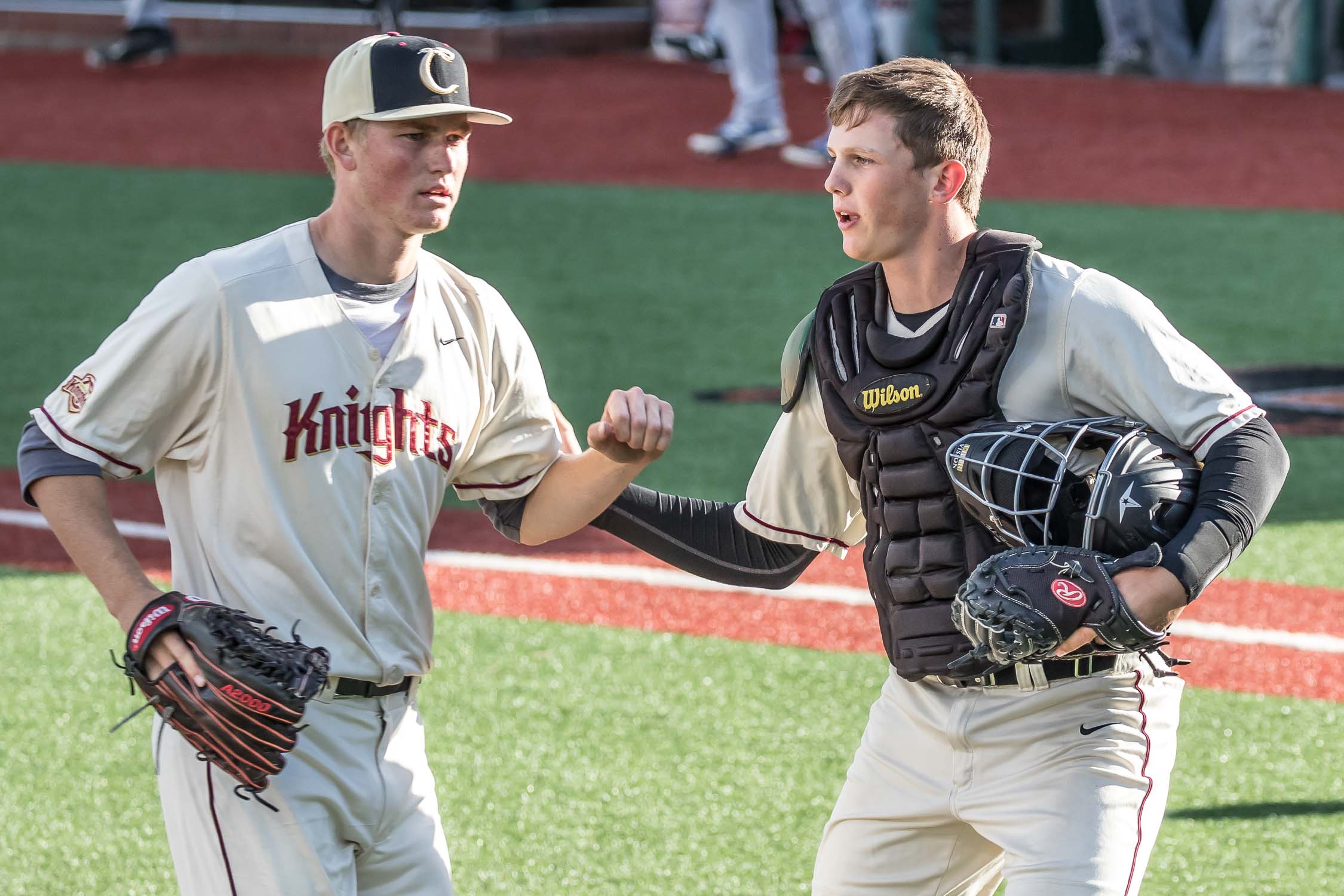 Alum Adley Rutschman (2016, pictured above), a junior catcher at Oregon State, has been projected to be the 2019 National Player of the Year and a first-team All-American by Collegiate Baseball.

Adley earned preseason honors after batting .408 with a school-record 102 hits and 83 RBIs in 2018, helping the Beavers capture the NCAA championship. He hit nine home runs, had 22 doubles and walked 53 times.

We have signed pitcher/infielder Trace Hokkanen of Mt. Hood Community College to a 10-day contract for the 2019 season.

Hokkanen was a second-team NWAC South Region all-star selection as a utility player. He was first-team 6A all-state and a Metro League all-star as a Beaverton senior in 2017.

First baseman Alex Burg (2008) has signed with the San Diego Padres as a free agent for the 2019 season. The Washington State alum was the MVP of our 2008 WCL championship team.

He has also played in the San Francisco, Miami and Texas organizations in a 10-year minor-league career. He was selected in the 24th round by the Giants in 2009.

Former Knights’ pitcher Jorge Perez (2012-13, 2015) is pitching for the Adelaide Bite in the Australian Baseball League. He is 1-0 with a 1.26 ERA through nine  games, with 16 strikeouts in 14.1 innings. Please click here for more news about the ABL.

That’s all for today. Have a great week and we will see you on Dec. 26.

Brooks Hatch Blog: Catching Up With Our Minor-League Knights