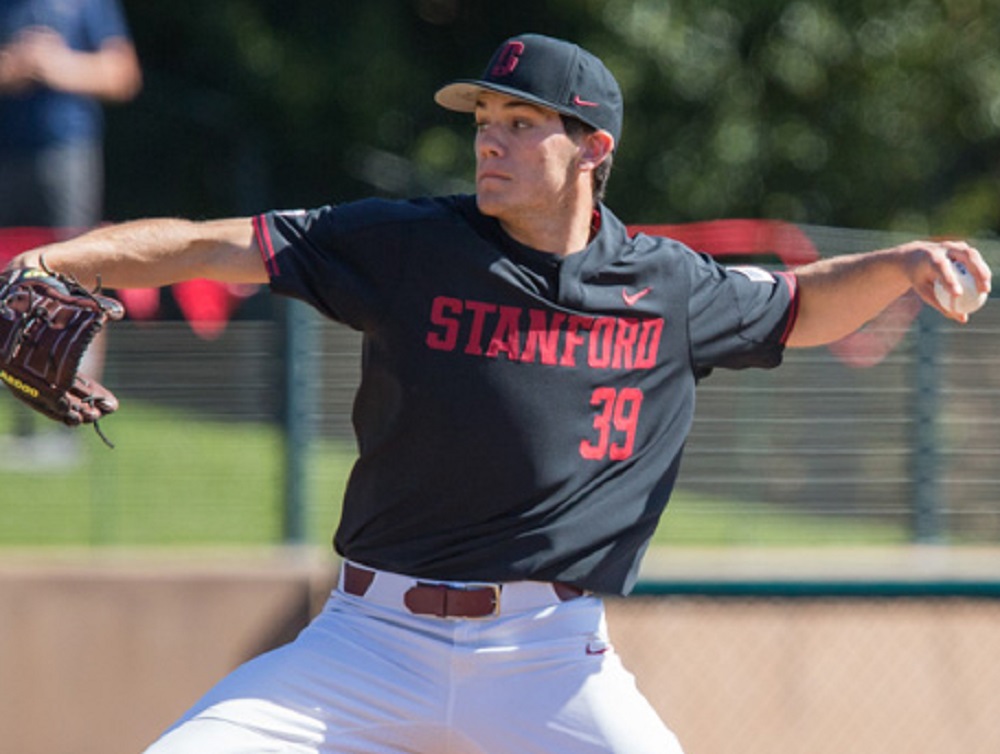 Only 106 more days until our May 29 opener on Science, Engineering & Art Day game at Goss Stadium!

Alum Jacob Palisch (2018, pictured above), a sophomore left-handed pitcher at Stanford from Richardson, Texas, was named to the initial Watch List for the 15th annual National Collegiate Baseball Writers Association’s Stopper of the Year Award, given to the top relief pitcher in NCAA Division I Baseball, the association announced Monday.

He has been named by USA Baseball to its preseason Golden Spikes Award watch list. It features 55 of the nation’s top amateur players, from high school and college baseball.

The Golden Spikes Award Advisory Board will maintain a rolling list of players, allowing athletes to play themselves into consideration for the award throughout the season.

Amateur baseball fans will be able to vote for their favorite players at  GoldenSpikesAward.com again in 2019, starting on May 15 with the naming of the semifinalists.

The list of semifinalists will also be sent to a voting body consisting of baseball media members, select professional baseball personnel, current USA Baseball staff and 40 previous winners of the award, representing a group of more than 200 voters.

USA Baseball will announce the finalists on May 29. Fan voting will open at GoldenSpikesAward.com concurrently and will remain open through June 10. The winner will be named on Friday, June 14.

Anderson and Little are Corvallis natives and played together at Crescent Valley High School. Wohlgemuth is a graduate of Roosevelt High in Portland who played at George Fox in 2018.

He lettered three times at CV, was team captain as a junior and senior, and was a Mid-Willamette Conference all-star and first-team 5A all-state as a senior.

A 5-foot-9, 160-pound middle infielder, Little earned MWC postseason honors as a senior, junior and sophomore and was 5A all-state as a senior and junior. He was runner-up for MWC Player of the Year honors and captained the baseball and basketball teams a senior.

A 6-1, 160-pound right-hander, Wohlgemuth played in three games for GFU in 2018 but did not have an at-bat. He scored two runs. He was a four-year starting catcher at Roosevelt and earned honorable-mention all-PIL honors. He also lettered twice in basketball and swimming.

Welcome to the Knights, guys!

For our complete 2019 roster (to date), please click here!

Aforementioned Oregon State catcher Adley Rutschman was named a first-team preseason All-American by the National Collegiate Baseball Writers Association (NCBWA). A junior, Adley hit .408 with a school-record 102 hits and 83 RBIs in 2018 while leading OSU to the NCAA title.

He nine home runs, 22 doubles and walked 53 times. Rutschman was named the Most Outstanding Player at the 2018 College World Series after setting a series record with 17 hits.

A couple of transactions to report involving alums in the major leagues:

Our promotional schedule is available by clicking here.

Some news from around the West Coast League:

That’s all for today. Have a great week and we will see you on Feb. 20!