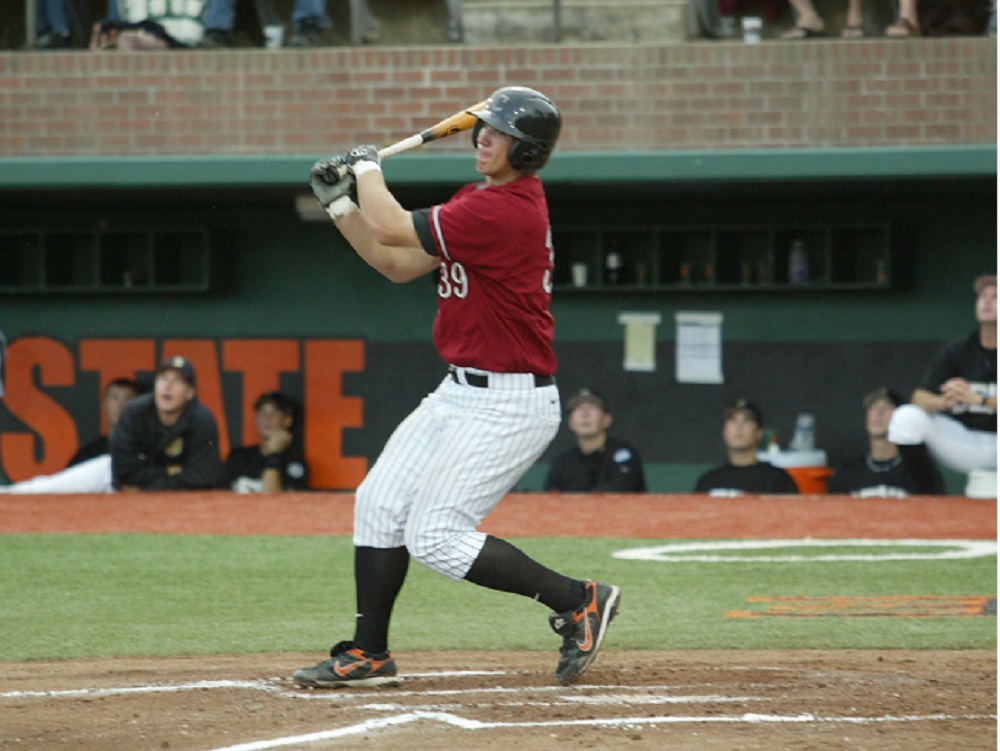 Happy Tuesday, everyone, from the world-wide headquarters (WWHQ) of the Corvallis Knights, your 2016-2017 and 2018 West Coast League champions! We’re a day early this week because of some travel plans that make posting on Wednesday impossible.

Only 64 more days until our May 29 opener on Science, Engineering & Art Day game at Goss Stadium!

Veteran first baseman Dean Green (pictured above in 2008) has signed with the Sioux City Explorers of the independent American Association. The former Detroit farmhand spent last season with the New Jersey Jackals in the independent CanAm League and hit .355 in 55 games, with 13 homers and 43 RBIs.

Dean was selected in the11th round of the 2011 MLB Amateur Draft. He played at every level in the Detroit organization, and was named o both the New York-Penn League (short-season Single-A) All-Star team and the Topps Short-Season Rookie All-Star Team.

He was also named to the Midwest League (Single-A) and Eastern League (Double-A) All-Star teams while playing for the West Michigan Whitecaps and Erie SeaWolves, respectively. He topped out with Toledo in the triple-A International League in 2016.

Some player of the week news from college baseball for the week of March 18-24l:

Alums Andy Cosgrove (2015, Minnesota) and pitcher Josh Osich (2008, White Sox) have been assigned to minor-league camp by their respective teams. A catcher, Andy played at Washington and at North Carolina State. A left-handed pitcher, Josh played at Oregon State.

That’s all for today. Have a great week and we will see you in April!