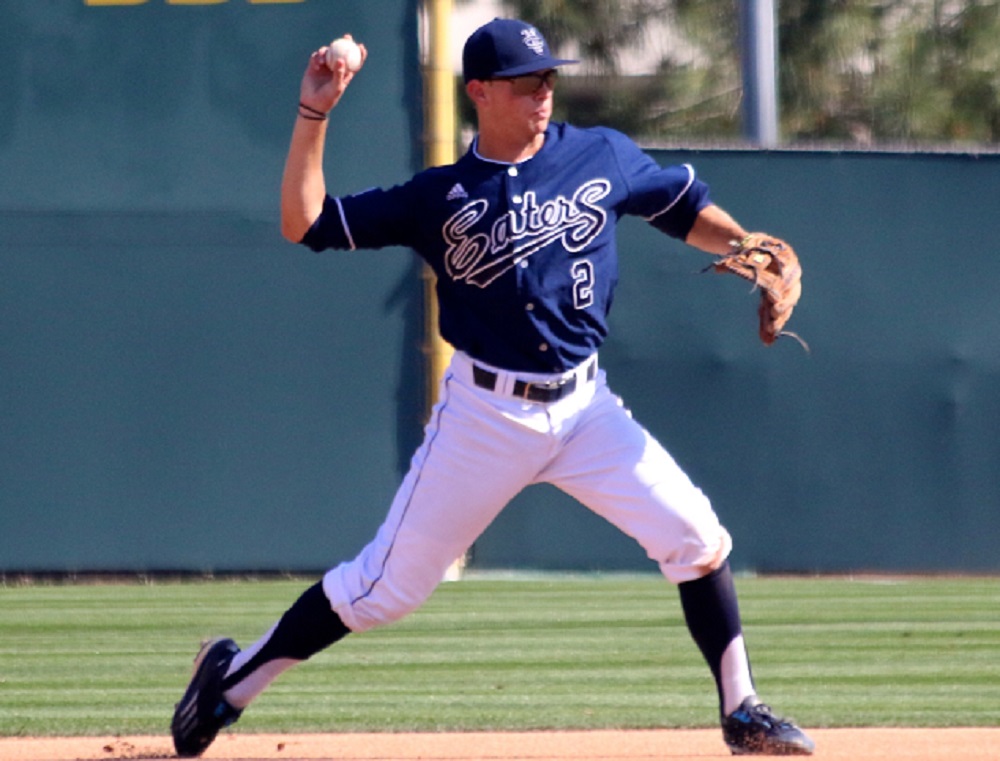 Alum Cole Kreuter (2015-16, pictured, above) of UC Irvine has signed with the St. Louis Cardinals. He was selected in the 36th round of the MLB draft. Best of luck to Cole, we’ll be following your pro career.

The Los Angeles Angels have promoted lefty Greg Mahle (2012), our 2012 MVP, from Mobile of the double-A Southern League to Salt Lake of the triple-A Pacific Coast League. He played at UC Irvine.

Several alums who had not yet been assigned to minor-league affiliates have learned their 2018 destinations.

Alum Nick Madrigal (2015) was one of four national semifinals for the American Baseball Coaches Association’s Rawlings Gold Glove Award for second basemen. However, he did not win the award, which went to Michael Massey of Illinois. He has not committed an error all season.

The Knights open an eight-game homestand on Tuesday by hosting the Portland Pickles, a South Division rival in its first season in the league.

The team will begin play in the June, 2019. It’s home facility will be the Ridgefield Outdoor Recreation Complex (RORC), currently under construction and scheduled for completion in Sept., 2018.

It is anticipated that the yet-unnamed team will play in the League’s Southern Division, together with Bend, Corvallis, Cowlitz, Portland, and Walla Walla.

Remember, we have partnered with Go LIVE  Broadcast to live stream Knights home games (plus playoffs) this season. Click here for full details.

We also have two more fireworks nights and tons of other promotions planned for this summer. Our entire promotional schedule is also available, by clicking here.

Montgomery (AA Southern, Rays) first baseman Dalton Kelly (2014) was 2-for04 with two runs, two RBIs and a homer in a 6-5 loss to Birmingham on Thursday night to earn Corvallis Knights Minor League Player of the Day honors. He played at UC Santa Barbara.

That’s all for today. Have a great weekend, Go Beavers, and we will see you back here on Tuesday.