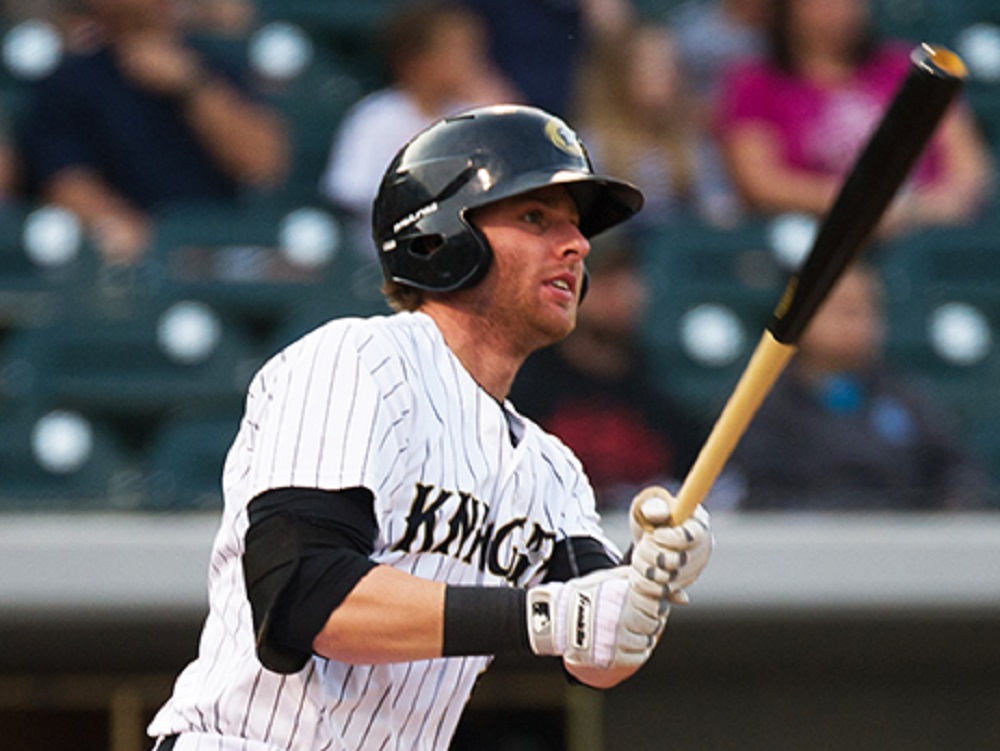 Happy Tuesday, everyone, from the world-wide headquarters (WWHQ) of the Corvallis Knights, your 2016-2017 West Coast League champions! Our May 30 opener with the Portland Sea Dogs is just 50 days away, so get ready for another great summer of Knights’ baseball!

We have some sad personnel news involving former Knights.

First baseman Danny Hayes (2010, pictured above) was released by the Chicago White Sox after five years in their organization. The former Oregon State standout hit .255 in 500 career games, with 52 homers and 293 RBIs. He played at triple-A Charlotte in the International League the past two seasons.

Outfielder Cade Gotta (2011) was released by the Tampa Bay Rays after four seasons in their organization. The San Diego Christian graduate reached triple-A Durham last summer and hit .274 in 350 minor league games, with 18 homers and 146 RBIs.

Catcher Chris Stewart (2011), DFAed by Atlanta in early April, has accepted an assignment at Gwinnett in the triple-A International League.

Here’s an update of our Knights in the Pros. Several alums who will play short-season ball this summer have not yet been assigned to rosters.

Alum Michael McAdoo (2015), an outfielder at UC Santa Barbara, was nominated for Big West Conference Player of the Week honors for April 2-8, but was not selected.

Norfolk (AAA International, Orioles) catcher Andrew Susac (2009) was 1-for-2 with a double and two walks in a 4-1 loss to Charlotte to earn Corvallis Knights Minor League Player of the Day honors. He played at Oregon State.

The Walla Walla Sweets have signed infielder Nate Ostmo of Dartmouth and catcher Jake MacNichols of Santa Clara for the 2018 season. Please click here for more details, from Our Sports Central.