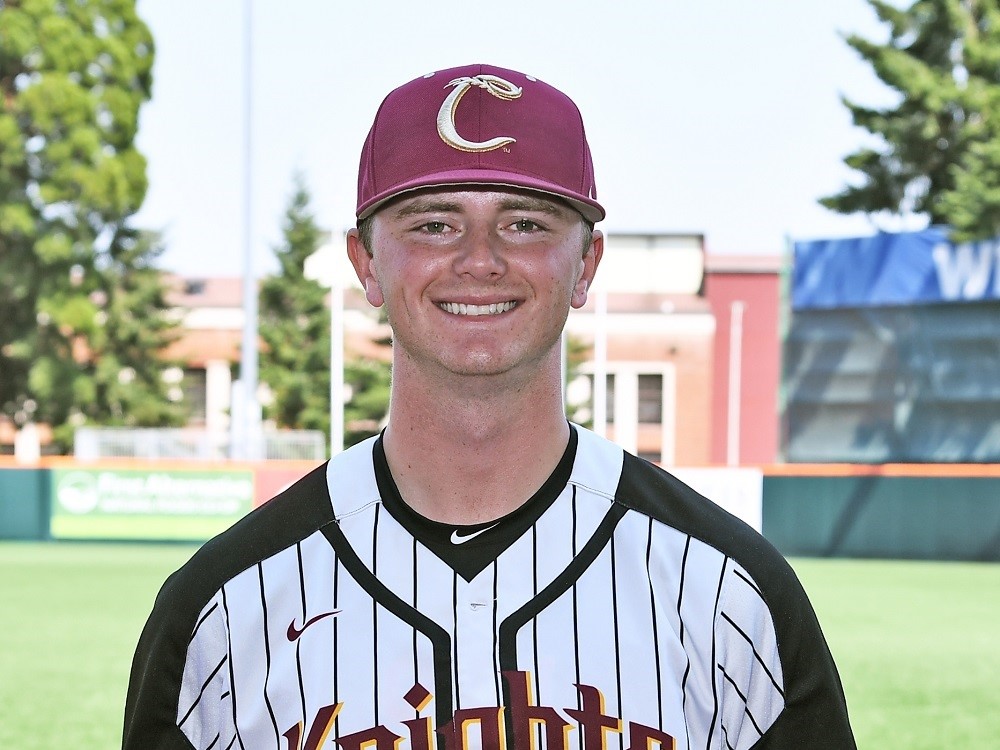 Sunday, July 18, Corvallis, Ore. – The Knights edged Portland 3-2 in the rubber game of their West Coast League series at Goss Stadium before a Dash for Cash crowd of 1,440.

Corvallis starter Brock Townsend, an Oregon State junior via Linn-Benton CC, allowed one run and seven hits through six efficient innings and got the victory. He had three strikeouts, no walks, and lowered his ERA from 4.83 to 4.13.

“I was getting ahead, strike one early, and letting the defense make plays behind me,” said Townsend, a Eugene native who played at Churchill High School.

“It’s huge” to take the series against a South Division rival, he added. “And with the loss last night, this a great bounce-back win.”

Future Beaver pitcher Sam Stuhr, a Lower Columbia CC transfer, went the final 1.1 innings to record his first save in his second appearance with the club. He had one strikeout.

The Knights (25-8 WCL, 7-2 second half, 30-10 overall), got an unearned run in the first to assume a quick lead. Kyler Stancato (Washington State) and Riley Way (Lewis-Clark State) had RBIs in a two-run fourth, pushing the margin to 3-0.

The Pickles scored once in the sixth, Townsend’s final inning. Brett Gilles (Portland) threw a scoreless seventh; Drew Dowd (Stanford) and Stuhr teamed up in the eighth, when Portland scored an unearned run to close with 3-2.

Knights’ second baseman Travis Bazzana stretched his WCL hitting streak to 11 games by going 1-for-4. He is hitting .490 (24-49) during that span and leads the WCL with a .415 average. Way and Jake Harvey (Cal State Fullerton) had two hits each; Harvey’s double was the Knights’ lone extra-base hit.

The Knights return to action on Friday, hosting the Medford Rogues in the opener of a two-game nonleague series at Goss Stadium. They are coached by former Knights/OSU standout Bill Rowe, assisted by ex-Beavers Parker Berberet and Braden Wells. Wells also played for the Knights in 2007, their first season in Corvallis.