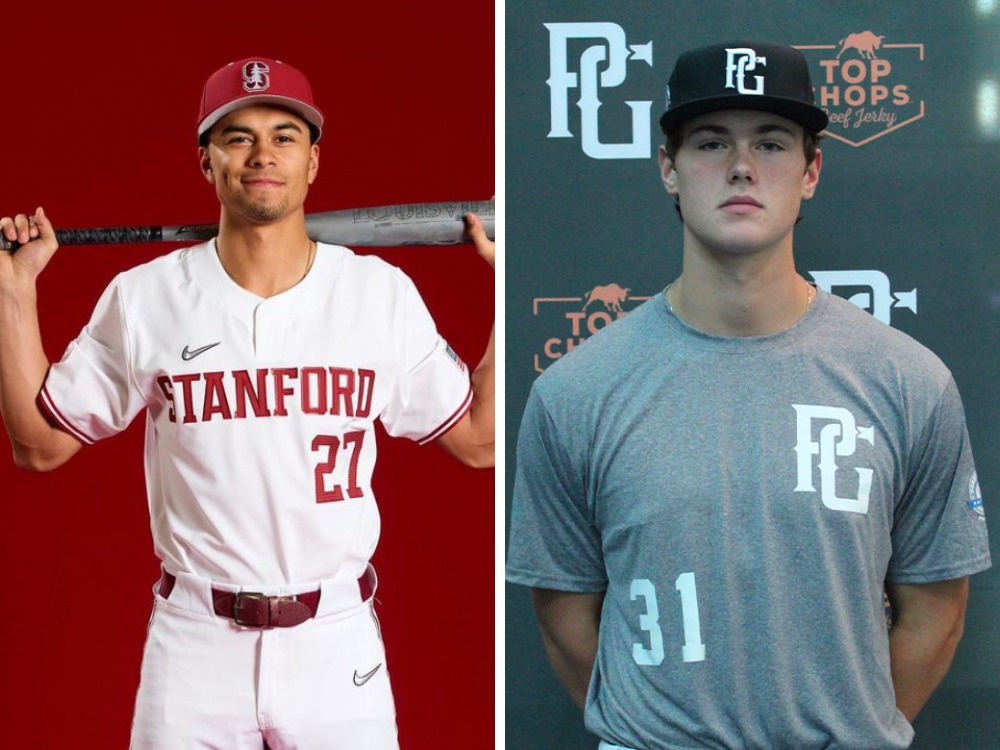 Becerra is a 5-foot-11, 162-pounder from Buchanan High School in Clovis, Calif., majoring in management science and engineering. Scott is a 6-6, 230-pound right-hander from Joel Barlow High School in Redding, Conn.

Becerra has not yet played for the Cardinal in 2022. As a senior at Buchanan in 2021, he hit .393 with six homers and 33 RBIs and earned all-conference and all-state honors while leading his team to a conference championship.

He is a Los Angeles Angels fan who enjoys music, hiking and spikeball. His favorite movie is Shutter Island; his favorite TV shows are Money Heist and Game of Thrones, and his favorite book is The Outsiders.

Perfect Game describes Scott as having a large, athletic frame with additional room to grow.

He has “a big rock step moving into a leg lift up above belt, balanced on backside over the rubber, hook to arm action through the back but plenty of quickness while working to a three-quarters release point.

“Fastball topped out at 93 mph and lived in the low-90s, creates big extension out front and shows sinking life to the bottom of the zone. Slider up to 84 mph with late, short bite to it and tunnels the pitch well out of the hand, playing off of fastball nicely.

“Flashed a changeup at 82 mph with occasional fade to arm side. Sound and under control delivery, repeats it well. Excellent student.”