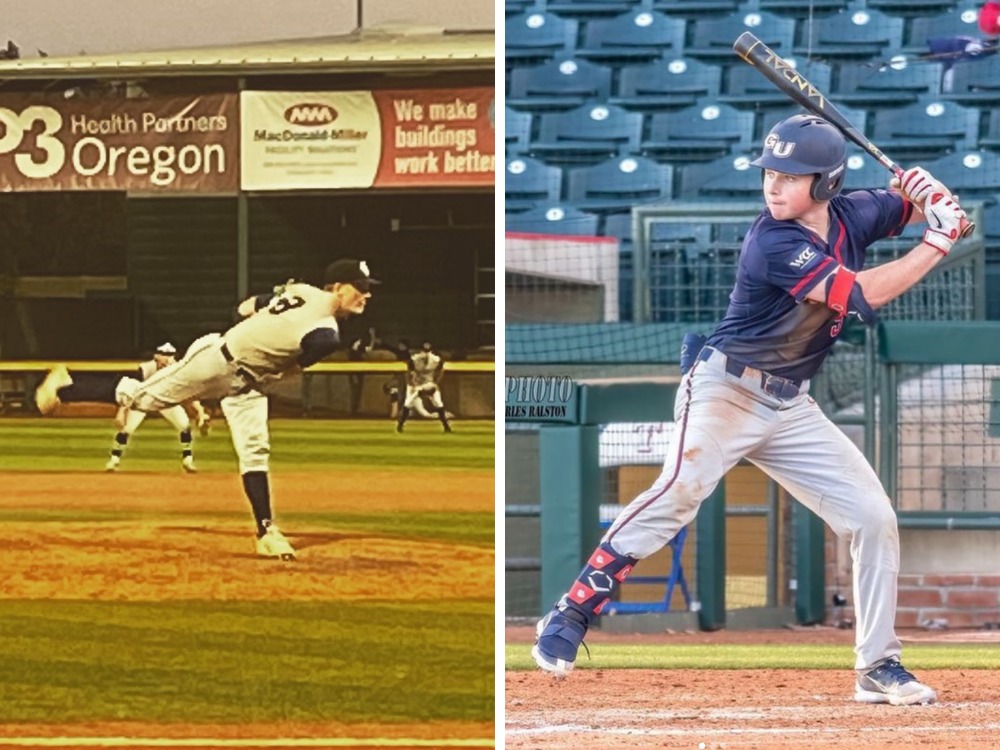 Sunday, March 13, Corvallis, Ore. – A current and a future Gonzaga Bulldog have signed with the Corvallis Knights for the 2022 season, head coach Brooke Knight announced Sunday.

A prospective business major, the 5-foot-11, 170-pound Johnstone starred at Los Gatos High School before enrolling at GU. He has started seven of the ten games he’s played in this season and is hitting .233, with a triple and an RBI.

He was ranked among the top 500 national prospects, hit .342 as a sophomore and was his conference’s Offensive Player of the Year. His junior year was shortened by the Covid-19 pandemic, but he hit .462 as a senior, with 13 doubles, four triples, five homers and 39 RBIs.

Smith plays at Central Valley High School for Knights pitching coach Beau Kearns. He is a 6-3, 195-pounder who hopes to major in business. He was ranked as the 24th-best 2022 Washington prospect by Baseball Northwest.

“We have had [Smith] on our radar for a long time,” GU coach Mark Machtolf said. “Parker has a great three-pitch mix and we feel has a chance to make an early impact.”