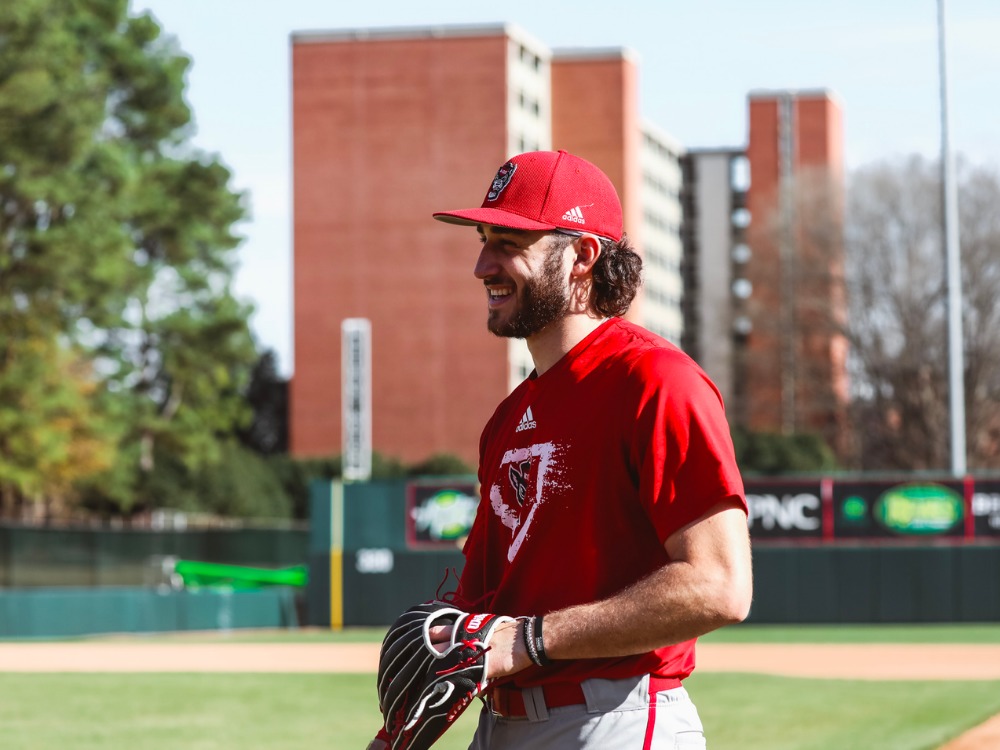 The Wolfpack/Knight standout is Brady Lavoie, a 6-foot-3, 213-pound redshirt junior outfielder from La Costa Canyon High School in Encinitas, Calif.  He played at Palomar College in 2019 and 2020 before transferring to NC State.

Lavoie has played in three games for the Wolfpack in 2022 and has one hit (a pinch-hit home run on March 8th) in four at-bats. He played briefly for the Bismarck Larks in the Northwoods league in 2021 and had seven RBIs in 14 games; in 2020 he played for Western Nebraska in the Expedition League and had two homers and 12 RBIs in 23 games.

Lavoie is a communications major. His father, Marc Lavoie, played at Arizona in 1990-91. A San Diego Padres fan, he likes to travel; his favorites are Summer Catch (movie), Friends (TV show) and The Mental Keys to Hitting (book).