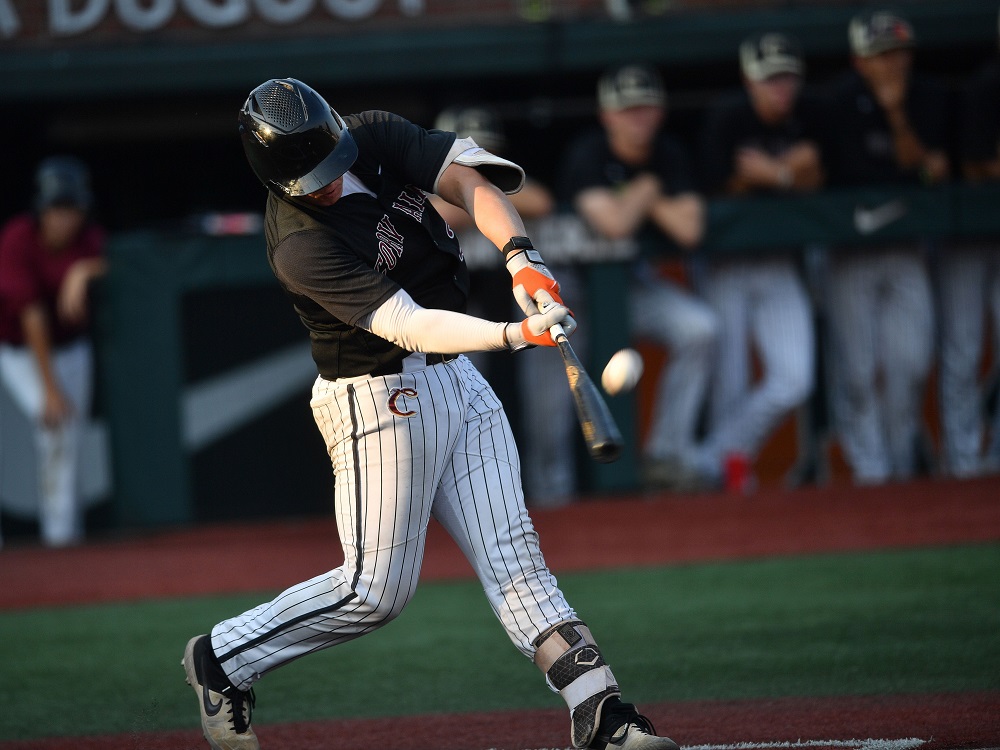 Monday, July 25, Corvallis, Ore. – Tanner Smith homered three times to lead the Corvallis Knights to a 15-4 nonleague victory over the NW Star Nighthawks before a crowd of 1,299 on a steamy night at Goss Stadium.

A rising sophomore at Oregon State, Smith (pictured, above) hit a two-run homer in the second inning, a solo shot leading off the fourth, and an inside the-par solo homer leading off the fifth.

On his third homer he beat the relay to the plate after his long drive went over the center fielder’s head and rolled to the wall.  He finished with four RBIs.

Logan Johnstone (Gonzaga) got the Knights off on the right foot by leading off the home half of the first inning with a homer. Ethan Loveless (Gonzaga) added a two-run homer in a seven-run third inning.

Tyler Quinn (Pacific U.) had three hits, two RBIs and a steal. Zander Darby (UCSB) tripled, singled, scored, drove in three and stole a base.

The series shifts to the Hamlin Sports Complex in Springfield on Wednesday night and concludes back at Goss Stadium on Thursday. The first-year Drifters took 2 of 3 against the Knights back on June 28-30.