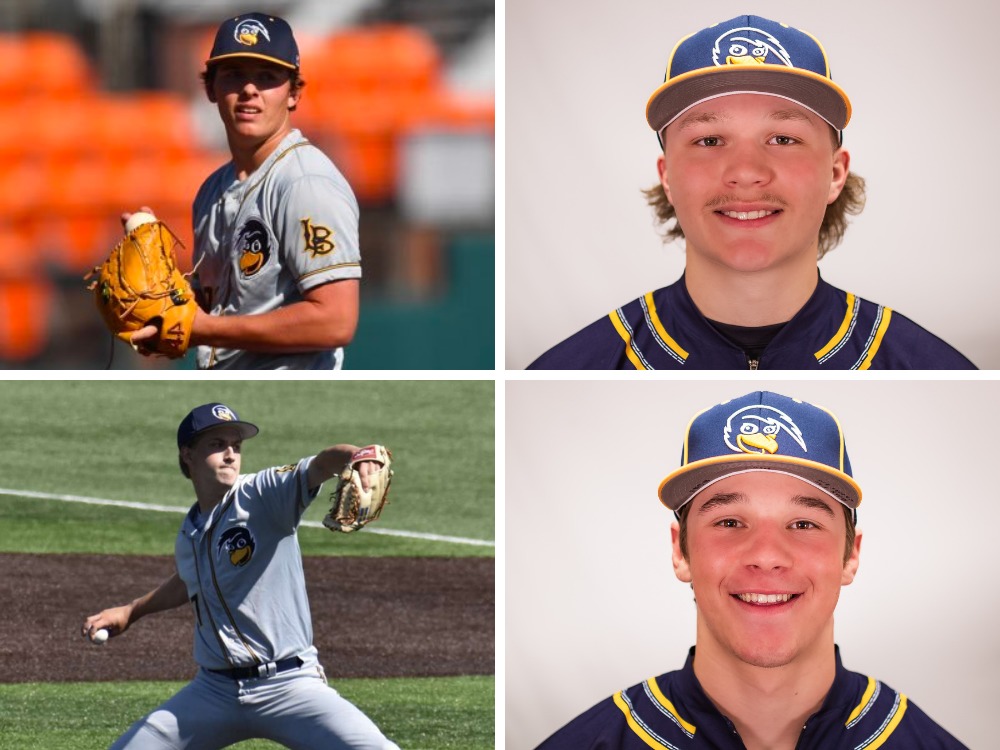 Segel starred at Grant High School and joined the Knights late in the 2021 WCL championship season as a pitcher and catcher/first baseman. He was 0-0 with a 5.40 ERA in two games on the mound, with 10 strikeouts in 8.1 innings. He hit .154 with two RBIs in eight appearances as a catcher/first baseman.

Segel is a San Francisco Giants fan who enjoys golf in his spare time. His favorites are Avengers: Endgame (movie) and Criminal Minds (TV show).

Larson earned all-NWAC honors in 2021 after going 3-0, 1.00 with three saves in 11 games, helping the Roadrunners capture the South Division title. He had a 39-4 strikeout-walk ratio in 36 innings.

The Forest Grove, Ore., native will join the Oregon State program for the 2022-23 academic year as a redshirt sophomore.

“He is a premier strike thrower whose pitching growth and physical strength development will show increases in his fastball velocity,” OSU coach Mitch Canham said. “This growth will make an already great arsenal even better.

“Rhett possesses a slow heartbeat, is a true competitor between the lines, and forces quick outs. Gamer.”

Larson’s senior season at Forest Grove (OR) High School was cancelled due to the Covid-19 pandemic but he was a Pacific Conference all-star as a junior, when he was 5-3, 1.13. A prospective marketing major at OSU, he made the FGHS honor roll and was in the National Honor Society.

He is also a Giants fan who enjoys movies, Interstellar (movie), Breaking Bad (TV show) and Heads Up Baseball (book).

A hunter in his spare time, he hopes to major in animal science. His favorites are Rocky (movie) and Outer Banks (TV show).