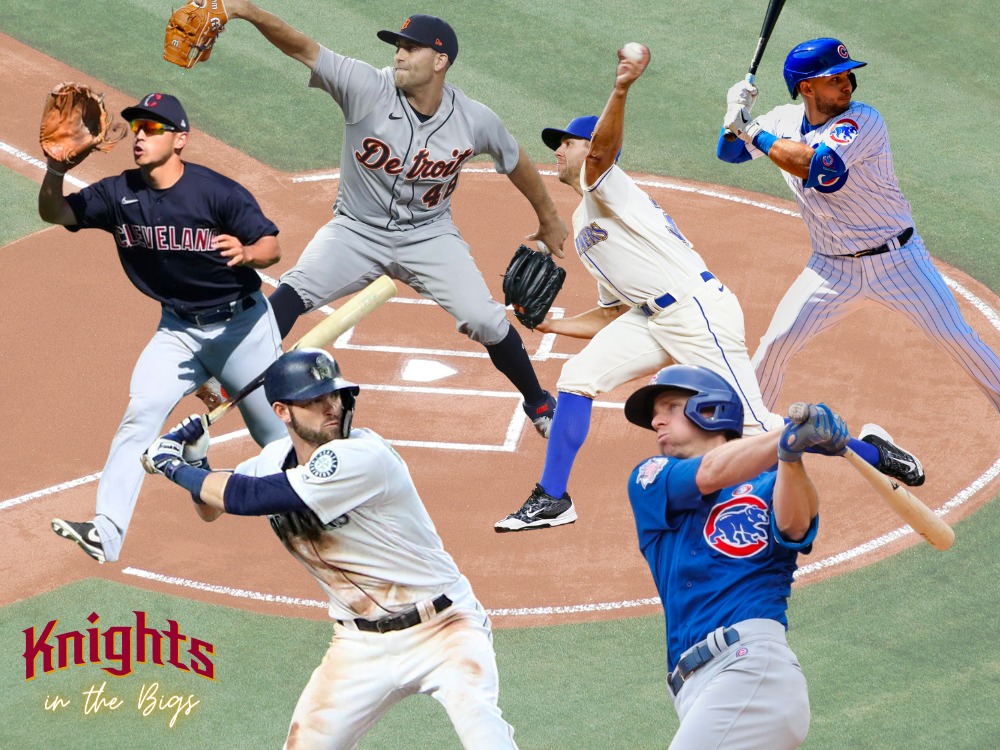 Friday, April 8, Corvallis, Ore. – Six alums of the Corvallis Knights were on their respective team’s opening-day roster on Thursday when Major League Baseball kicked off the 2022 season at ballparks around the country.

Haniger begins his fifth season with the Mariners hoping to build on a tremendous 2021 campaign that saw the Cal Poly product establish career highs in homers (39) and RBIs (100). He finished 20th in the American League MVP voting.

Haniger was the Big West Conference Player of the Year at Cal Poly and earned first-team all-West Coast League honors with the Knights. He was selected in the first round of the 2012 MLB draft by the Milwaukee Brewers with the 38th overall pick, and was subsequently traded to Arizona and then to Seattle before the 2017 season.

Madrigal joined the Knights in 2015, prior to his freshman year at Oregon State. He begins his first season with the Cubs after being traded by the cross-town rival White Sox after the 2021 season, when he hit .305 in 54 games before sustaining a season-ending hamstring injury.

He was a first-team WCL all-star as a utility player and set the franchise record for steals. The fourth overall pick in the 2018 MLB draft, Madrigal has a .317 lifetime MLB average entering this season.

Duffy signed with the Angels after spending 2021 with the Chicago Cubs. He is starting his eighth year in the majors; he came up with the Giants in 2014 and also played for Tampa Bay before joining the Cubs in 2021.

A standout at Long Beach State, Duffy earned second-team all-WCL honors with the Knights in 2010.

The third member of the 2010 team to make the majors, Boyd signed a one-year deal with the Giants in the off-season after spending the last seven seasons with the Detroit Tigers.

The ex-Oregon State ace is expected to join the team in June when he recovers from a September 2021 operation to repair the flexor tendon in his left forearm.

“I believe my best baseball is ahead of me. I’m really, really excited to be wearing black and orange.”

Another ex-OSU standout, Kwan cracked the Guardians opening-day roster as the starting right fielder after a tremendous 2021 season at double-A Akron and triple-A Columbus. He hit .328, with 12 homers and 44 RBIs in a breakout performance.

Kwan did not strike out in 32 spring-training at-bats. He said manager Terry Francona has told him he won’t play every day, but he should be ready to play every day if the Guardians need him.

“[Francona] just kind of prepared me that I won’t be playing every day like I was used to in the minors,” Kwan said. “I’m just grateful for the opportunity. Just happy to be here right now.”

Anderson is a lefty from the University of Oregon who pitched for Pittsburgh and Seattle in 2021 before signing with the Dodgers in March. He was the first Corvallis Knight to be selected in the first round of the MLB draft, by Colorado in 2011.

He is a seven-year MLB veteran and has pitched for the Rockies, Giants, Pirates and Mariners.