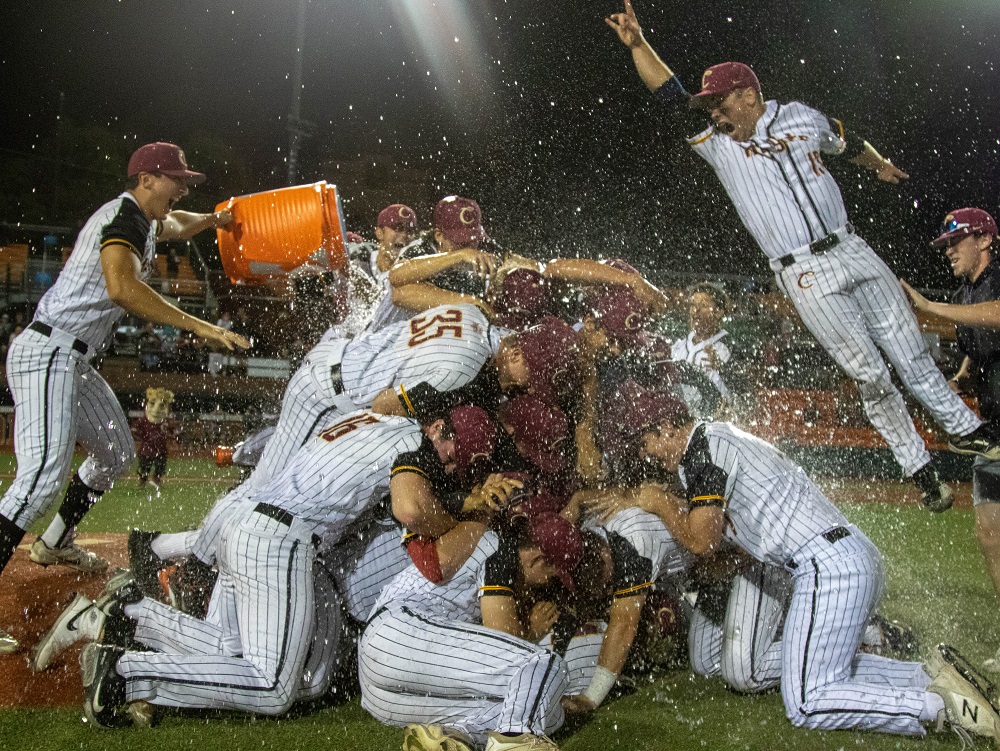 Corvallis ace Ethan Ross (San Jose State) was masterful in his last summer performance. The southpaw tossed six innings to earn the win and allowed only 4 hits and a run while walking two and striking out 7.

Romero delivered a RBI triple, RBI single and two-run homer; Knight doubled and drove in 4 runs; Vogt went 3-for-4 with a double, triple and 4 RBIs; and Bazzana tallied 3 hits.

Knights relievers Drew Dowd of Stanford, Grant Taylor of Washington State and Colton Meyer of Linfield were all effective. Dowd and Taylor tossed scoreless innings and Meyer recorded the post-season’s last out as he also did in 2019.

With the WCLCS game three victory, Corvallis finished the season with 50 wins, posting an overall record of 50-14. The Knights went 54-14 in 2019 and were named the Summer Collegiate Team of the Year by Perfect Game.

Yakima Valley took game one at Yakima County Stadium, 4-1. The Knights bounced back in game two, edging the Pippins 2-1 at Goss Stadium in a hard fought battle and took the series’ decisive game three at Goss handily, 13-2.