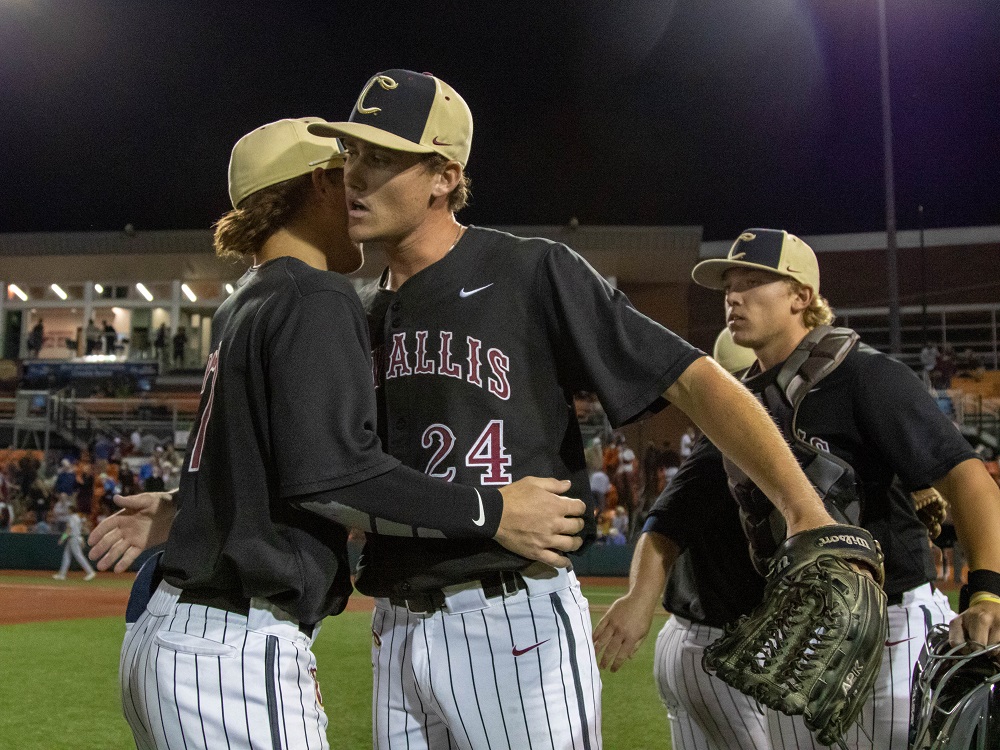 The only runs of the game were scored in the third inning.

After Yakima Valley picked up a run in the top of the 3rd off starter Ty Uber (Stanford), Corvallis responded with two runs in the bottom of half of the inning. Designated hitter Nick Vogt of UC Santa Barbara drove home the Knights first run with a bases loaded infield hit, and Corvallis’ second run scored on a throwing error on the play.

Uber tossed six solid innings to earn the win. Reliever Sean Wiese of George Fox put up a goose egg in the 7th and pitched 1.2 innings of scoreless ball. Four-year Knight right-hander Connor Redmond got the last out in the 8th and set the Pippins down in order in the 9th, striking out the last two batters, to earn the clutch save. Redmond now has been a key part of four Corvallis post-season wins in all of his playoff appearances, from 2017 to 2021.

The Knights offense was led by future Portland Pilots infielder Spencer Scott who went 3-for-4 and scored the game’s first run.

With the Corvallis win, the Knights and Yakima Valley will play a decisive third game on Friday night at Goss Stadium. First pitch is set for 6:35 pm. The Pippins are looking to capture their first WCL title while the Knights hope to win their fifth consecutive West Coast League championship and eighth title overall.