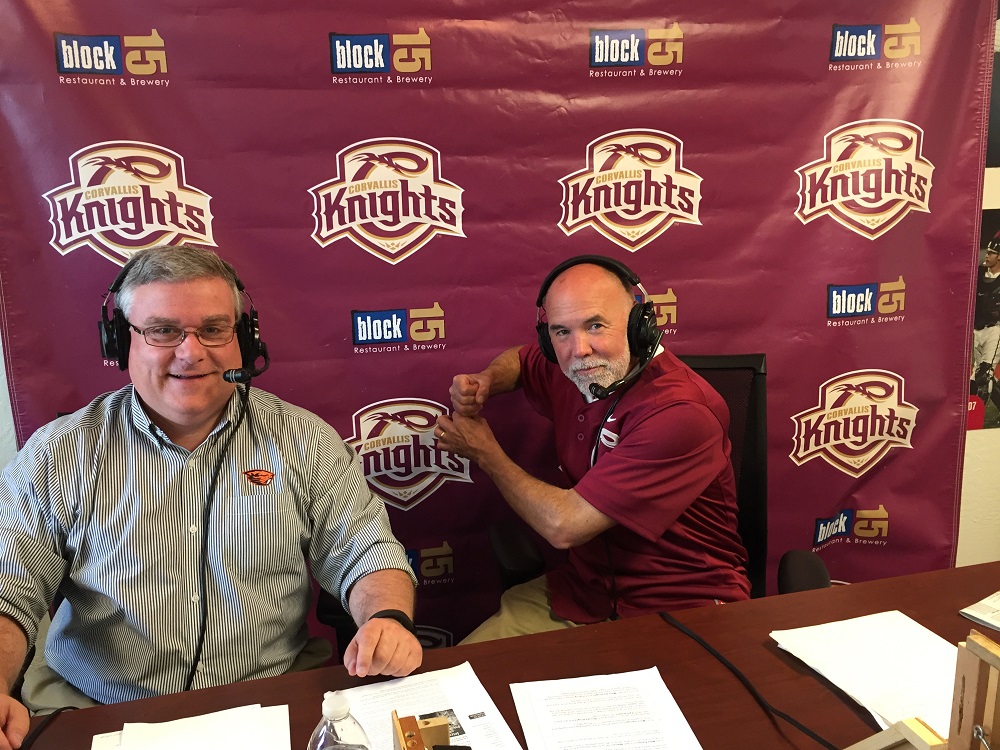 The Knights welcomed a Joe Beaver Road Show on Tuesday, May 2nd to its worldwide headquarters in downtown Corvallis.

The program’s hosts Jon Warren and Mike Parker (pictured l-r) kicked off the show with a phone interview with Knights alum Mitch Haniger of the Seattle Mariners. Haniger starred for the Knights in 2010. He would later be drafted in the first round by the Milwaukee Brewers following his junior season at Cal Poly and debuted in the big leagues last summer for the Arizona Diamondbacks.