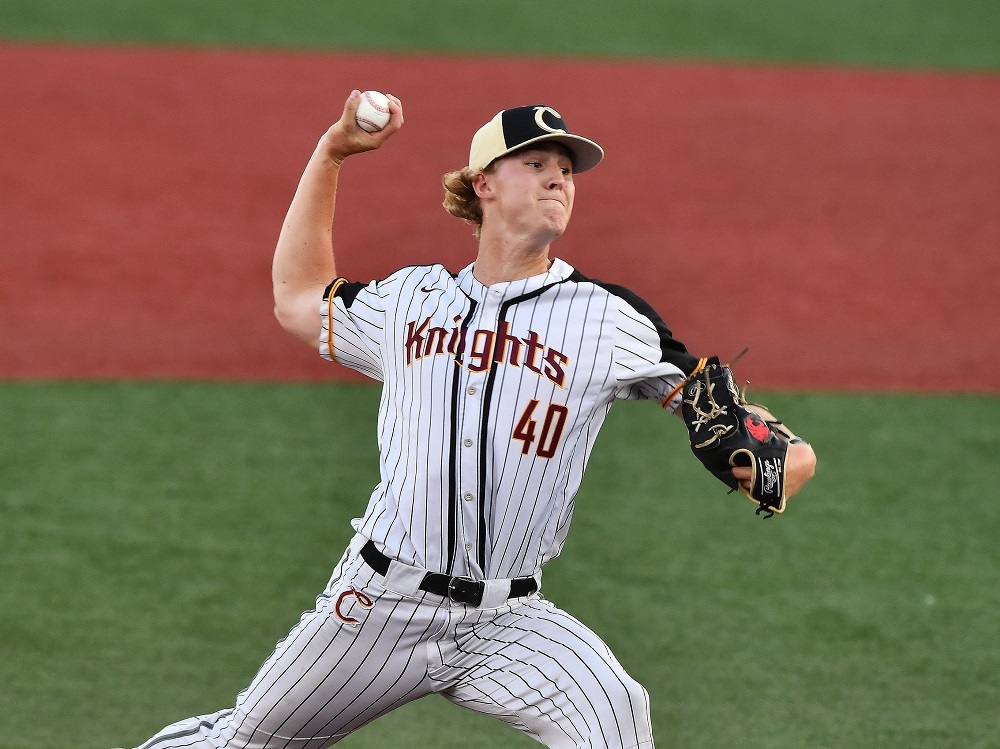 Starter Duke Brotherton (Washington State) and closer Sean Wiese (Hawaii) stymied the Raptors on 10 hits as the Knights (44-17 all, 3-1 playoffs) exacted a measure of revenge for losing its season series with the Raptors, 4 games to 2.

Corvallis will host North Division champion Bellingham at 6:35 pm Monday, August 15 in a one-game, winner-take-all showdown. It’s the third time the Knights and Bells have faced off for the title in the WCLCS; Corvallis won in 2016 and the Bells prevailed in 2014. Bellingham won the season series, taking 2 of 3 at Goss Stadium June 24-26; the teams did not play in Bellingham this summer.

Brotherton escaped several jams in a five-inning stint and allowed just one run and five hits, with two strikeouts. He stranded a runner in the first, three in the second and another in the fifth, aided by a timely 6-4-3 double play.

Wiese went the final four innings, giving up a run on five hits. His biggest out came in the eighth, when he retired future Oregon Stater Mikey Kane on a foul pop up to first baseman Kiko Romero (Arizona) to retire the side, stranding two runners. He had two strikeouts and no walks and recorded his sixth save.

The Knights jumped ahead 5-1 after two innings but did not score again, stranding six runners over their final six innings.

Kiko Romero had a 2-run single and Tyler Quinn (Pacific U) followed with an RBI single as the Knights scored three times in the first to erase a 1-0 deficit. Briley Knight (Portland) made it 5-1 with another 2-run single in the second.