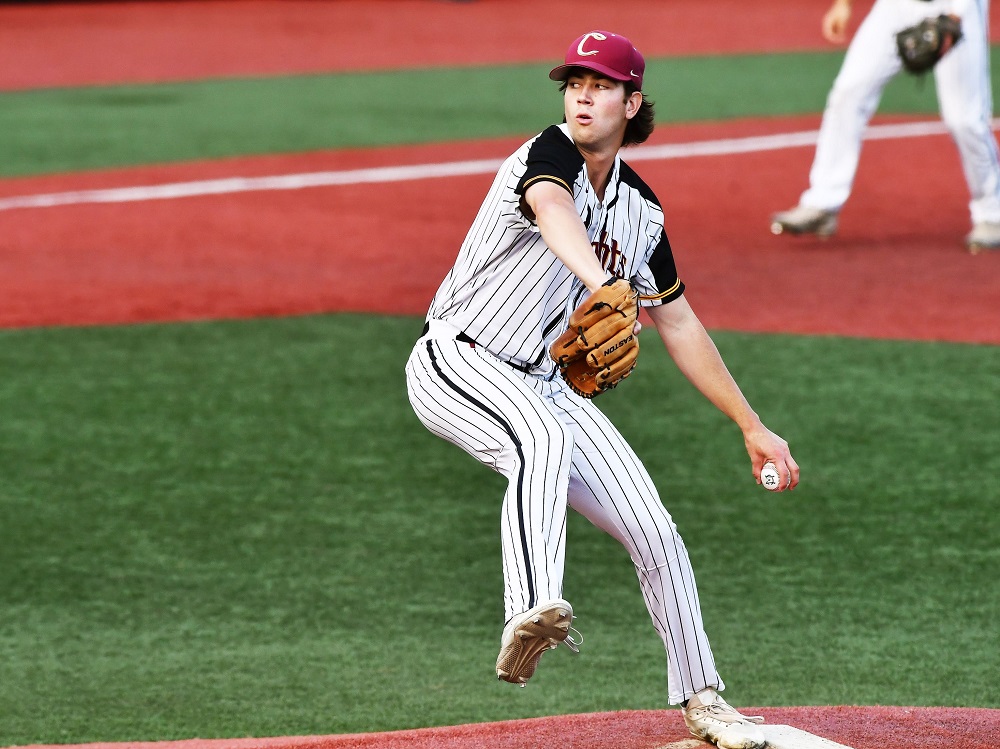 Wednesday, August 3, Corvallis, Ore. – The Knights clinched the West Coast League’s best overall record and home-field advantage for the upcoming playoffs  with a 5-4 victory over Bend on a brisk night at Goss Stadium.

As a reward for having the best record, Corvallis will host the one-game South Division Championship and one-game WCL Championship Series if it advances that far. It will also have home-field advantage in the best-of-3 opening round of the South Division playoffs, which start on the road on Aug. 9.

On Wednesday, the Knights squandered a 3-0 advantage and then rallied to score twice in the eighth inning to clinch the series win. Corvallis prevailed 12-0 in Tuesday’s series opener.

Jonah Advincula (Washington State) walked and Mason Le (CSU Northridge) singled to start the home eighth, and each moved up a base on a double steal. Advincula tied the game by scoring on a wild pitch and Kiko Romero (Arizona) singled in Le with the go-ahead run.

Reliever Sean Wiese (Hawaii) then escaped a two-out, no-out predicament in the ninth. Le threw out the potential run at home following an error on a sacrifice bunt, and Wiese fanned the top two batters in Bend’s lineup to close it out.

Starter Ethan Ross (San Jose State, pictured above) allowed one hit and one run in four innings, with seven strikeouts and a walk.

Le had two hits and two runs. Romero tripled, singled and had an RBI; Advincula scored twice and drove in a run.

The series concludes at 6:35 p.m. Thursday. Portland righty Joey Gartrell (1-0, 1.36) is the scheduled starter for Corvallis.

Corvallis then concludes the regular season with a split series against Ridgefield. The teams play in Washington on Friday and Sunday and at Goss Stadium on Saturday in a Fireworks Night matchup.