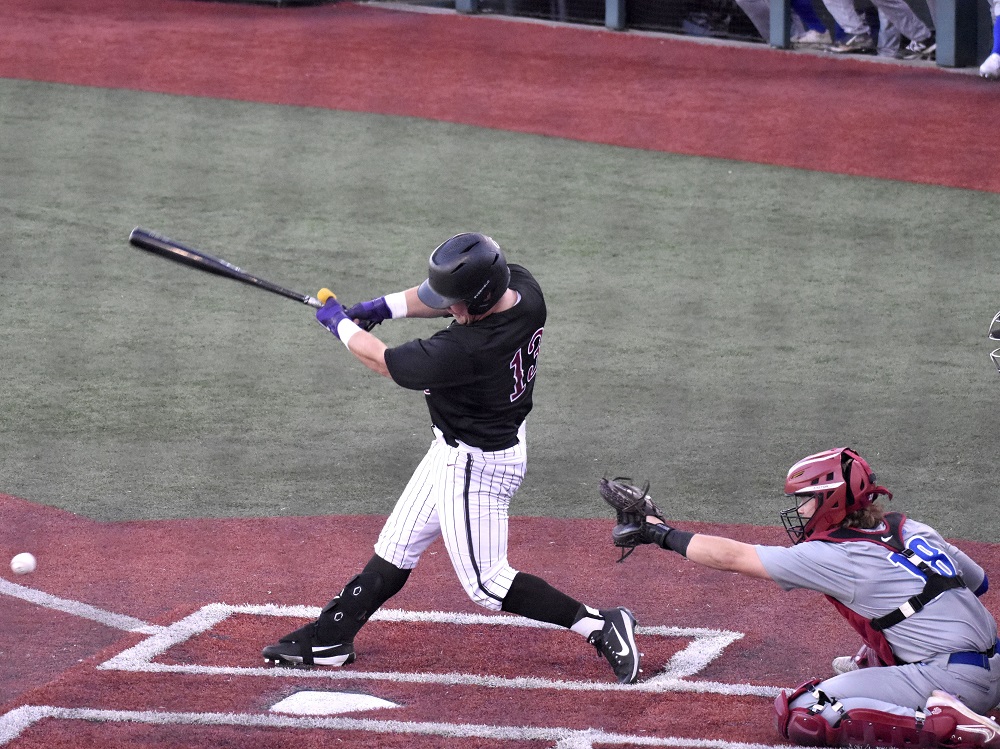 Tuesday, August 2, Corvallis, Ore. – Kaden Segel was brilliant for six innings and the Knights crushed Bend 12-0 to move to the verge of clinching the West Coast League’s best record and top seed in the upcoming playoffs.

A rising sophomore at Linn-Benton Community College, the righthander from Portland’s Grant High School allowed just one hit and face only one batter beyond the six-inning minimum in a season-best performance.

He struck out four, walked one, and retired the final 10 batters he faced in order, aided by an inning-ending 5-4-3 DP to end the third, the only frame in which he allowed an Elk to reach base. He threw 46 strikes in 66 pitches and lowered his ERA from 2.16 to a WCL-best 1.83.

Segel (4-1) had pitched five innings in four different starts this summer, the last time on July 26 in a 9-1 victory against the Portland Pickles.

Newcomer Victor Quinn (Oregon State) touched 97 MPH in one instance, hovered in the 95 or 96 MPH range on his other pitches while throwing a scoreless inning in his Knights debut. Will Clark (Pacific U.) finished up with a perfect eighth and ninth innings.