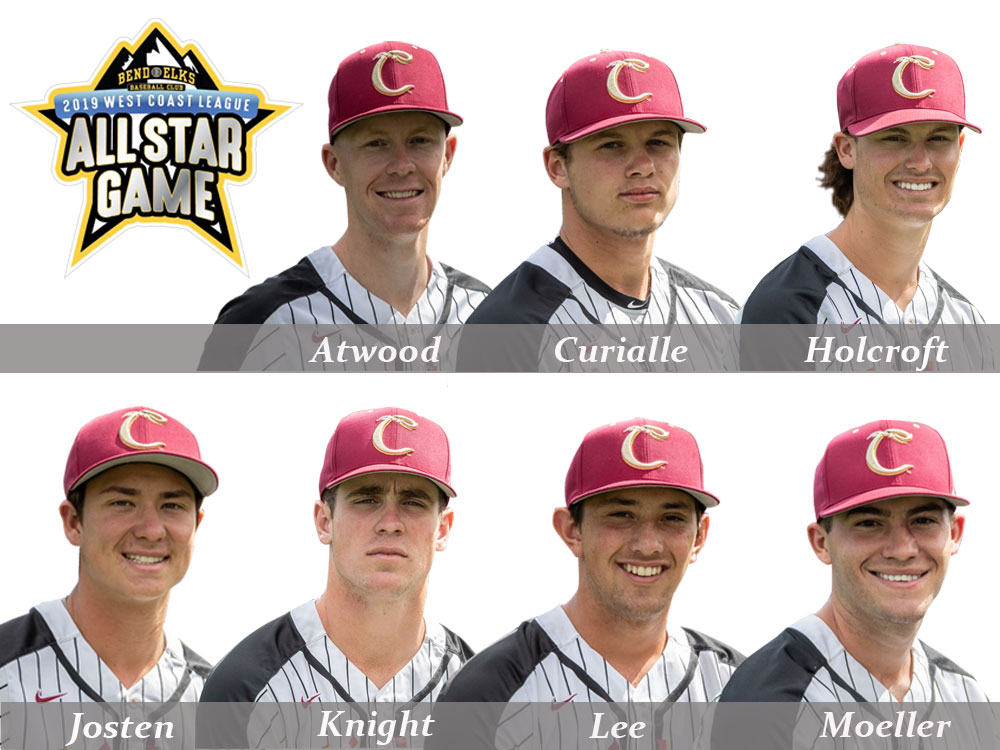 First-half WCL South champion Corvallis will be the most represented team at the 2019 West Coast League All-Star Game in Bend, Oregon next Tuesday with 7 all-stars.

The North and South All-Star Game rosters were announced this morning by WCL commissioner Rob Neyer.

The aforementioned have led Corvallis to a 25-7 league record and 32-7 overall mark. Heading towards the All-Star break, the Knights lead the WCL in hitting with a .308 team batting average and have posted the league’s lowest ERA at 2.77.

Sophomore-to-be slugger Briley Knight leads the WCL in RBIs with 29, total bases with 72, doubles with 11 and extra base hits with 18; and is currently hitting .365 with a team-leading 5 home runs.

Incoming freshman Brooks Lee leads the Knights in batting with a .440 average and has collected 10 doubles and 16 RBIs while playing a stellar shortstop.

Freshman outfielder Jake Holcroft leads the WCL in hits with 50 and runs scored with 37; and he’s second in the league in both RBIs (25) and batting average (.382). Jake is also third in the WCL in stolen bases with 15.

Incoming frosh infielder Michael Curialle is hitting .329 with 3 home runs and his 21 RBIs tie him for fourth best in the WCL.

Senior-to-be catcher Zack Moeller is batting .352 over 54 at bats with 4 doubles, 2 homers and 9 RBIs while doing an outstanding job managing the league’s top pitching staff through the first-half of the season.

The WCL All-Star Game, hosted by the Bend Elks, is set for Tuesday, July 23 at Vince Genna Stadium. First pitch is 6:35 pm.

The day prior to the All-Star Game, the West Coast League Home Run Derby will take place at 6:30 pm on Monday, July 22 at Vince Genna Stadium. The league’s Home Run Derby participants will be announced later in the week.

Not drafted? No problem. Released or not deemed good enough by the Tampa Bay, Arizona,…

Thanks to a growing Mid-Valley fan base, amazing partners, a superstar ball team and a…