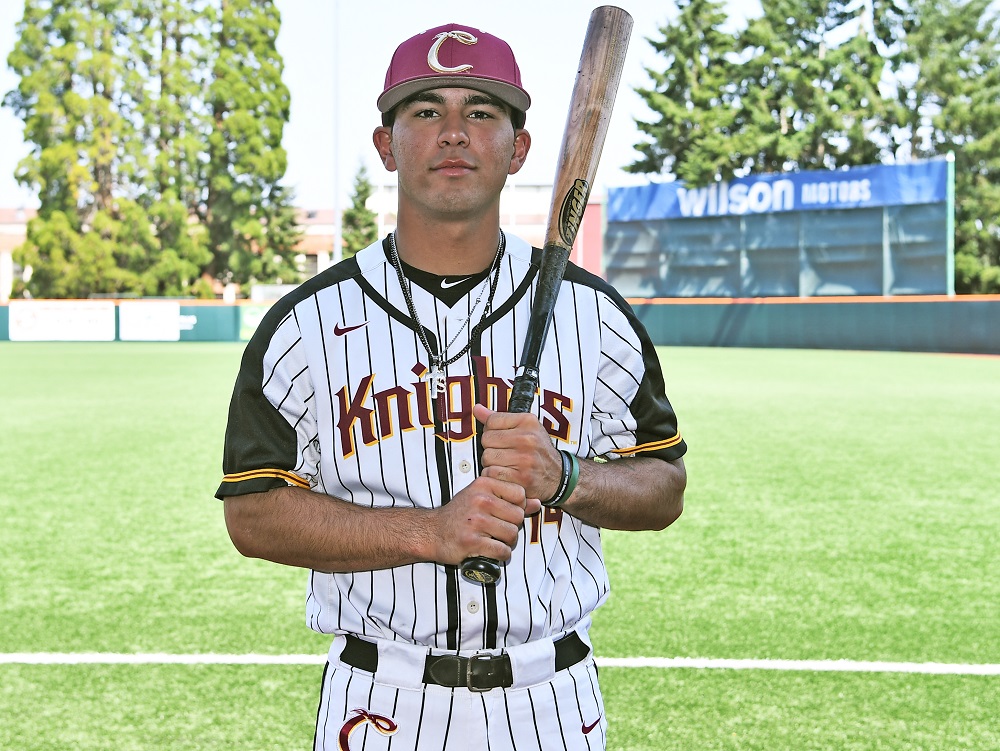 Romero went 5-for-10 with a double, triple, homer and 5 RBIs in the South WCLDS vs. Ridgefield. For the week, the left-handed hitting slugger was 8-for-22 with 7 RBIs.

Last night, the Knights advanced to the WCL Championship Series with their sweep of the Ridgefield Raptors. Their WCLCS opponent and schedule is to be determined.

Corvallis won the first and second half South titles and finished the regular season 37-11 in WCL play.