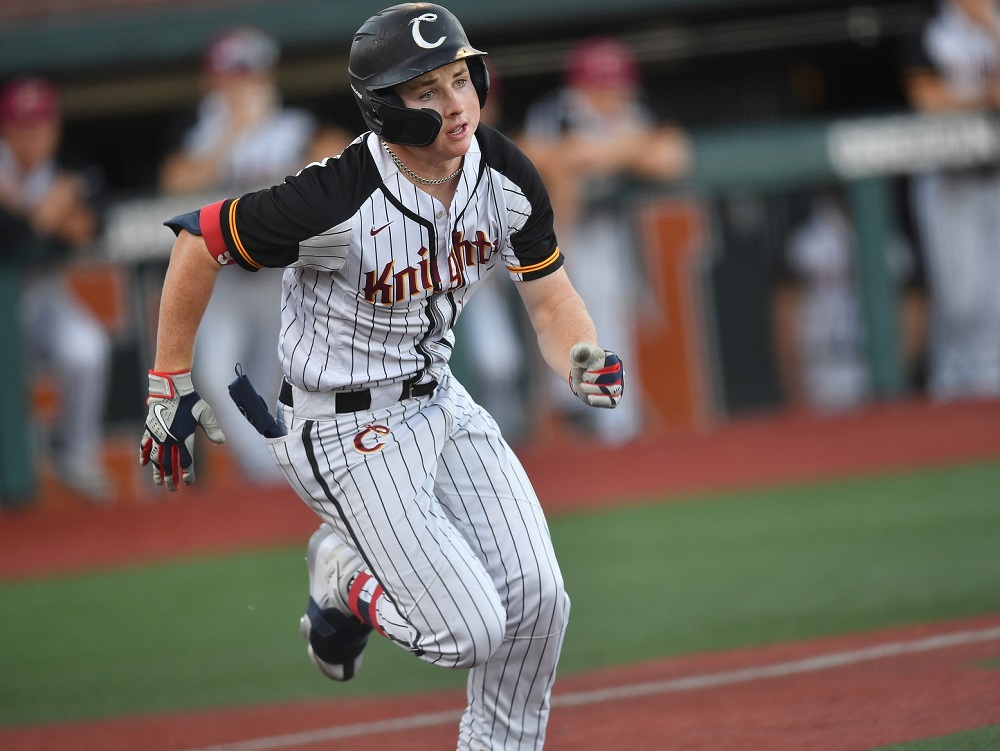 Monday, August 1, Portland, Ore. – Corvallis Knights sweet-swinging left-handed hitting outfielder Logan Johnstone of Gonzaga was WCL commissioner Rob Neyer’s selection for West Coast League Player of the Week for July 25-31. The announcement was made this morning. This is the second time this summer a Knight has been chosen, as Washington State hurler Duke Brotherton was honored as the WCL Pitcher of the Week for June 13-19.

Johnstone is coming off his freshman season at Gonzaga where he hit .273 over 44 at bats, 25 appearances and 9 starts. For the summer, over 108 at bats, Logan is currently hitting .333 with 5 doubles, 2 triples and 15 RBIs. He homered last Monday in the Knights 15-4 non-league win over NW Star.

For the past week, like the Knights, who have won 14 straight WCL contests, Johnstone was sizzling collecting 4 multi-hit games, 10 hits in total and a game-winning sacrifice fly last night at Walla Walla. He also scored 8 runs for the week.

Corvallis returns to Goss Stadium tonight vs. the NW Star Nighthawks in a non-league affair. First pitch is set for 6:35 pm. Tomorrow, the Knights start a three-game home series – August 2-4 – with their longtime rivals, the Bend Elks.