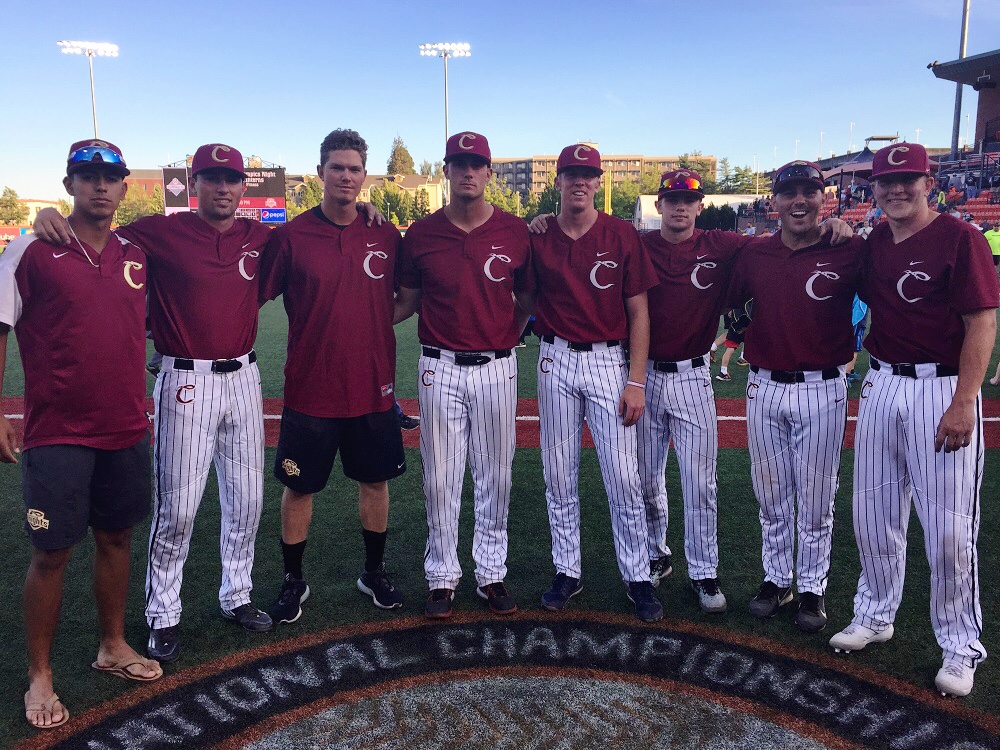 The league’s midsummer classic is set for Tuesday, July 18, at Yakima County Stadium in Yakima, Wash., hosted by the Yakima Valley Pippins. The teams will be a mix of players posting all-star-level statistics, and those expected to be high draft picks or standouts as their skills mature.

The teams were selected with input from Major League Baseball scouts and votes by WCL head coaches.

It’s the second all-star honor for Kaplan, a left-handed closer who was also selected in 2016. The rising senior left-hander closed out last year’s South win.

“It’s a tremendous honor for these players to be included in the best of the best of the West Coast League,” Knights manager Brooke Knight said. “They all are deserving and will be great representatives for our team.”

Taylor is entering his junior year at OSU. He did not join the team until June 25 because of the College World Series, but is among the team leaders in average (.319), with one homer and 11 RBIs.

Kelly and Qsar are tied for the team lead with 35 hits each. Qsar had drawn a team-leading 18 walks.

A senior-to-be left-hander at Linfield, Cunningham is 1-0, 1.68 in six appearances. He has 27 strikeouts in 21.1 innings and has held opponents to a .192 batting average.

A rising sophomore at San Diego, Crow is 0-1, 4.90 in five appearances, with one save and 25 strikeouts in 18.1 innings. He had a career-high 10 strikeouts in 4.1 innings in his last start on July 3, a no-decision against Bend.

The eight Knights – the most represented club in the All-Star Game – will be joined on the South team by players from Yakima Valley, Bend, Gresham and Cowlitz. The North squad will feature players from Victoria, Wenatchee, Walla Walla, Bellingham, Port Angeles and Kelowna.

The game starts at 7:05 p.m. Tickets are $10 for stadium select (reserved) seats, $8 for stadium view (bleacher-back) seats and $7 for general admission.