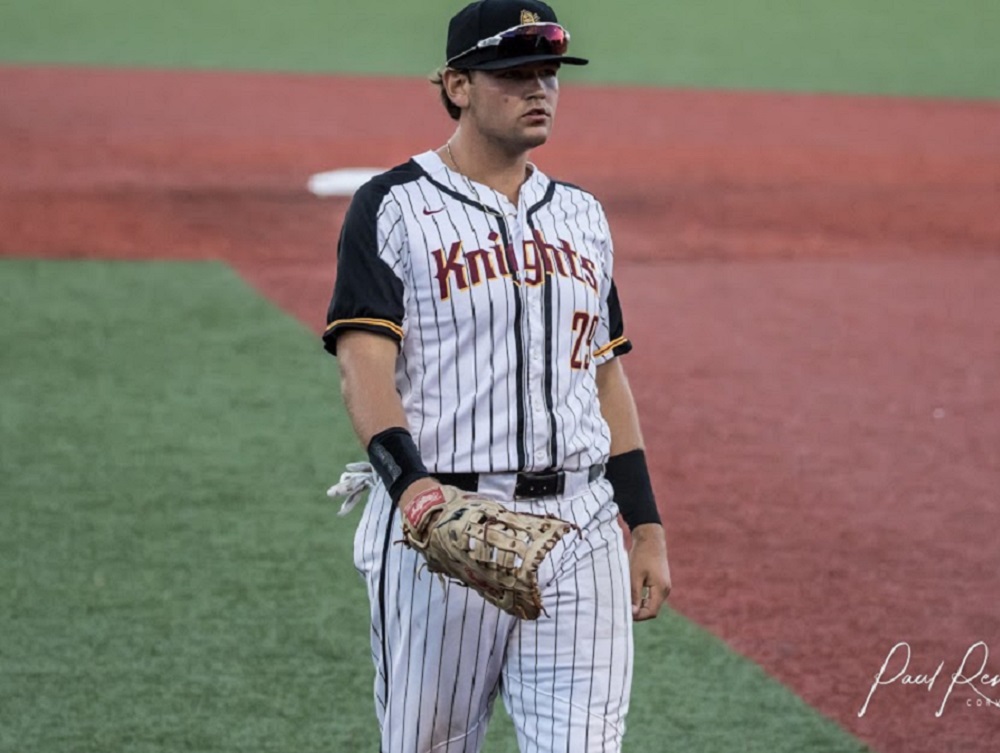 First baseman Trace Tammaro (pictured, above, photo by Paul Rentz) and pitcher Connor Knutson of the University of Portland will return for their second season with the Knights in 2019, coach Brooke Knight announced.

They will be joined by UP teammates Noah Cracknell, a freshman catcher, and Jake Holcroft, a freshman outfielder.

Cracknell is a 6-2, 195-pounder from San Luis Obispo, Calif. He led the SLOHS Tigers to two Pac-8 League titles, and earned first-team all-conference as a senior, when he hit .348 with 33 RBIs. He was named to the Perfect Game California World Series All-Tournament Team in 2017.

Holcroft is a 6-1, 165-pound center fielder from Claremont High School in Upland, Calif. A left-handed batter, he was a Palomares League all-star and earned team Defensive MVP, Most Valuable Underclassman, and Team MVP honors.

He was named an honorable-mention Perfect Game Preseason Underclassmen All-American in 2017.

Welcome back Trace and Connor, and welcome to the team, Noah and Jake!

Our Corvallis Knights holiday sale is scheduled for 4-6 p.m. on Thursday, Dec. 13, in our downtown office on Jefferson Avenue. Merchandise will be available at reduced prices.

Time to update the final stats of our three alums in the Arizona Fall League. Their season ended last week.

The San Francisco Giants assigned alum Chase Johnson (2011) to their Sacramento affiliate in the triple-A Pacific Coast League on Tuesday. He is still on their 40-man roster, however, and is protected from the Dec. 15 Rule 5 draft.

That’s all for today. Have a great week and we will see you on Nov. 28.