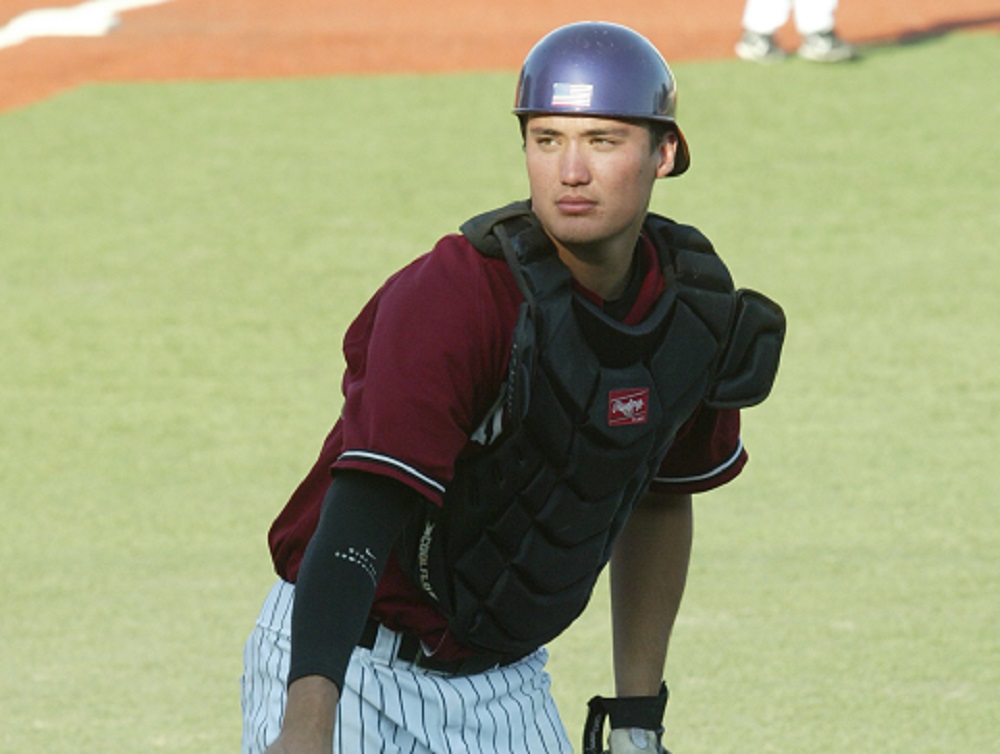 Alum Alex Burg (2008, pictured above), the MVP of our first West Coast League championship team, is headed to the major leagues.

Alex, 31, was named the coordinator of run production by the Texas Rangers on Tuesday. He will travel with the team and assist hitting coaches Luis Ortiz and Callix Crabbe on the offensive side.

He joins the team after a nine-year minor-league career with the San Francisco, Miami, Texas, Los Angeles and San Diego organizations. He reached triple-A in three different seasons and was a career .260 hitter in 576 games, with 70 homers and 281 RBIs.

He played at Washington State and began his pro career in 2009 after being selected by San Francisco in the 24th round of the MLB draft. For more on Alex from MLB.com, please click here.

We have signed future University of San Diego outfielder Michael Dixon for the 2019 season. He is a 6-foot, 190-pound senior at Berkeley High School in Berkeley, Calif., who also plays first base.

He was a West Alameda County Conference/Foothill Division first-team all-star as a junior and sophomore.

“He’s the real deal,” Berkeley High coach Curtis Sandeford said. “Michael Dixon’s the best talent to come out of this area in a long, long time. He’ll do something every time you see him play that’ll make you remember him.”

Knights’ alum Chris Burkholder (2016) of Dartmouth was named the Playoff Pitcher of the Year in the Czech Republic Extraliga. He was 3-0, 2.78 in three starts, with 19 strikeouts and 15 hits allowed in 22.2 innings.

He played for the Ostrava Arrows. Congrats to Chris.

The Baltimore Orioles have assigned catcher Andrew Susac (2009) to Norfolk in the triple-A International League. He was designated for assignment on Jan. 11 and removed from their 40-man roster.

He spent most of the 2018 season at Norfolk. Susac played at Oregon State.

That’s all for today. Have a great week and we will see you on Jan. 30!