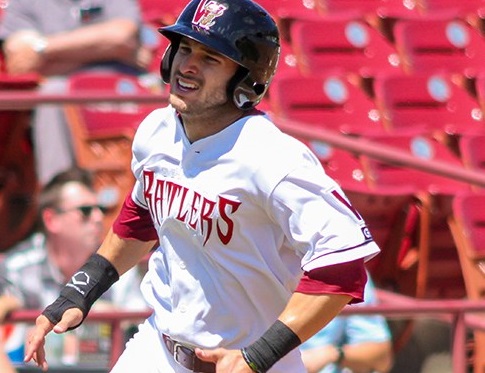 Former Knights’ infielder Caleb Whalen (2012, pictured above while playing for the Wisconsin Timber Rattlers) has been released by the Milwaukee Brewers after two years in the minor-league organization.

He was ranked as the West Coast League’s No. 22 pro prospect by Perfect Game following the 2012 season.

Best of luck to Caleb, wherever he lands.

Alum Jordan Poyer (2010) of the Buffalo Bills was named the AFC Defensive Player of the Month for December. For more on that story, please click here.

Time to update the stats of our alums playing in the Australian Baseball League and in the Venezuelan Winter League.

Brisbane (ABL) outfielder Carter Bell (pictured above, 2009) has been activated and is hitting .000 (0-2) in two games. He played at Oregon State.

The Portland Pickles have signed pitcher Brad McVay and outfielder Gabe Skoro of the University of Portland for the 2018 season. Please click here for more details, from the Pickles’ website.

That’s all for today. Have a great weekend, and we’ll see you on Tuesday.