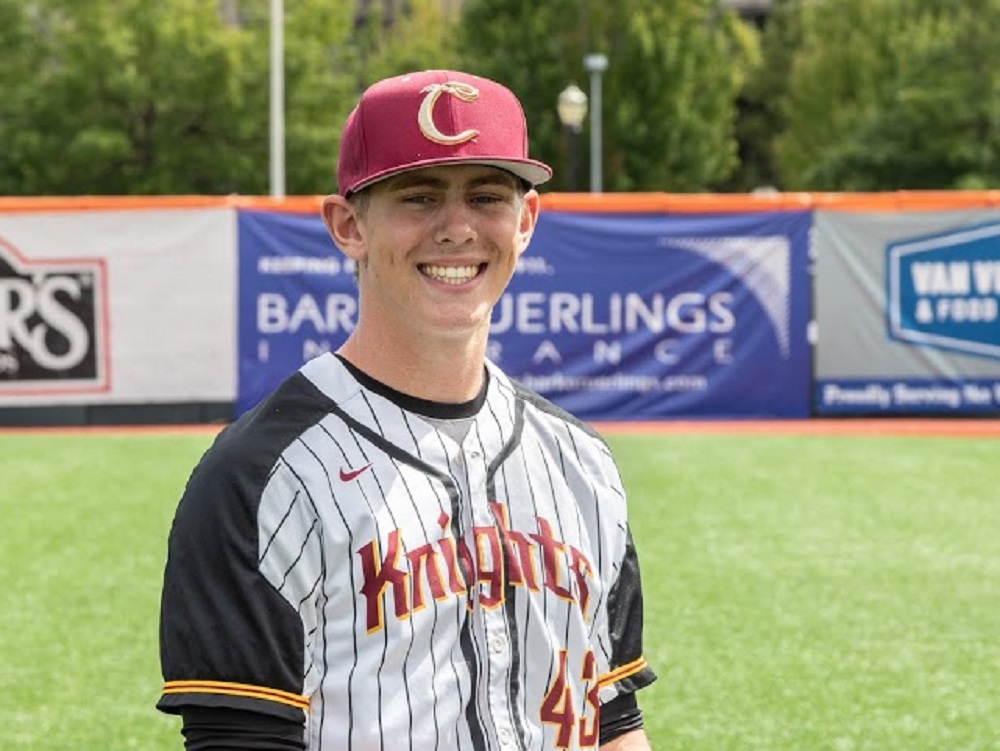 Good news to report about our 2020 team.

Corban University right-handed pitcher Jackson Arnsdorf (pictured, above) will return to the Knights next summer. He is a 6-foot-4, 210-pound junior from Astoria High School in Astoria, Ore.

Arnsdorf earned second-team all-West Coast League honors. He, teammate David Watson and three others tied for second in the WCL with five wins.

He played in the 2017 state 4A All-Star Series following his senior year at Astoria, when he earned all-state and all-Cowapa League honors.

We have also signed Washington State junior pitcher Michael Newstrom for the 2020 season. He is a 5-foot-10, 210-pound lefty from Puyallup High School in Puyallup, Wash.

Newstrom was a two-time all-state selection at Puyallup High and was the South Puget Sound League’s Pitcher of the Year as a senior. He was also a three-time SPSL all-star and played with the Kansas City Royals Area Code.

A total of 315 West Coast League alums appeared in affiliated baseball this past season. For a complete list of WCL professionals, please click here.